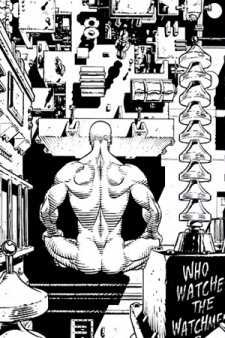 stonnyfor Apr 19, 2013 11:40 AM
Hey man its been a while how you been. You still watching lupin?
I see your watching One Piece that is another one of my favorites how you like it so far?

Not going to filter how bad they are.

AussieDragoon Feb 24, 2013 9:24 AM
I pointed out the similarities in my recommendation, Savers and YYH actually have more in common than one might think.

There's actually more about them that's similar than what I said, but I didn't want to ramble.

explicit707 Feb 18, 2013 10:35 PM
LOL, I won't argue with you, but I simply stated (and I will quote what text accompanied the recommendation) "How do I put this... Cowboy Bebop is like the tv series Firefly but grittier and cooler. Psycho-Pass has a Cowboy Bebop feel but it's like a mix o Bebop, Bladerunner and the Minority Report with a tad of Equilibrium thrown in there."

Granted I compared it to live action movies/series and not anime or manga/graphic novel series. I can see a bit of dredd in there as you pointed out, but as I watched it the main character had a Spike kind of vibe. He was cool, a little bad, but not invincible or perfect. He was flawed in a lot of ways with a ruined past. His rivalry with the villain was similar to the bebop rivalry (but a different set of circumstances). The action was similar in a lot ways, but for the most part the look and feel were in line with the other movies I referenced (hence the listing of multiple movies).

A couple of the other characters reminded me of bebop characters as well (though not as close as the main to Spike). You had the older, wiser, physically stronger, but not as tough character just like Jet (I think it was Kuraudo with the robotic arm). The ex musican chick reminded me (not closely mind you) of Valentine during 1 episode (her back story episode).

Granted they all aren't floating in space starving and taking odd jobs, but again, it had a slight bebop feel (mixed with all the other movies I mentioned).

I hope that's a good enough explanation. We can agree to disagree if you don't see it. Really it comes down to events and dialogue more than anything, but I try to stay as vague as possible. The recommendation was based on them being in the same ball park as far as the genre goes (hence all of the text that was written with the recommendation) :)

tommy73 Feb 14, 2013 4:01 AM
"Vague plot" in a sense of how it's presented or how it appears on the surface "at first". I don't think it's straight-forward enough for anyone to get it (because the events really don't add up to any kind of easy goal or whatever), but it's definitely there, along with the clever morals or meanings. FLCL isn't vague at all, it just "seems" like it on the surface to a lot of people as they watch it the first time.

I probably worded it wrong (since I'm still bad at writing things at the moment).

KnightRyder Feb 13, 2013 11:44 AM
Since it's never been scintillated, I doubt it will be anywhere to read online. Best bet is a library system where you live. Most even have the ability to borrow from other libraries, but that could take a very long time to read all 12 volumes.
All Comments