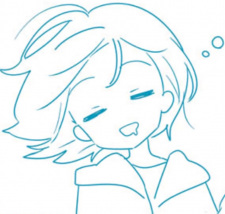 Welcome to my profile

I asked a Japanese friend of mine what "Sora no Manimani" would translate as and she said that given that the story was about astronomy, then it would probably be something along the lines of "Sport of the Air" or "Sport of the Sky" rather than the more literal translations. I went with the former as I didn't want to have someone from Sky Sports telling me off.

To give you a better example of how strange literal translation can get, a fansub group years ago did a literal translation of Bleach in which Ichigo Kurosaki became Strawberry Blacktip and Ishida Uryuu became Degenerating Will. There's also a comedy anime series made of two distinct parts, one of which translates to Absolute Justice Love Pheromone. 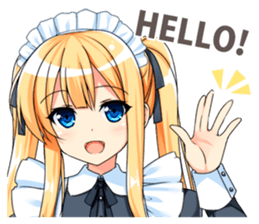 Yes I use Yoimiya often ^.^

Divine_Goddess Sep 3, 2022 4:06 AM
Ahahahah :D Well I'm still pretty new to the anime world. Haven't watched that many animes yet! And most of what I've seen is like shonen / action etc.

noob2121 Jul 9, 2022 9:55 PM
I do not recommend this show if :
- You have a masculinity complex, and are unable to tolerate a "beta" male having a much better social life than an outstanding chad such as yourself.
That line was based asf

Mcsuper Jul 9, 2022 8:55 PM
I enjoyed reading your Shikimori review. Glad to see someone enjoying it so much! The side characters are one of the most fun bunch of people I've seen honestly.

aethqrs Jul 9, 2022 7:24 PM
Loved your Shikimori review. Its honestly sad degenerates want it to be another Dress Up Darling.

MisterCrum Jul 9, 2022 7:07 PM
"You have a masculinity complex, and are unable to tolerate a "beta" male having a much better social life than an outstanding chad such as yourself." goes so hard oml. Nice review. Also, people thought this would be like Dress Up Darling? That makes no sense to me lol.

Looking at your profile also reminds me I need to watch Bocchi.
All Comments