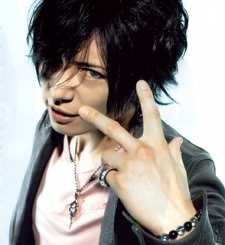 I've started reading some currently publishing manga and the wait is so annoying :(

raiin- Mar 20, 2014 8:55 PM
My issue with reading currently publishing manga, you know very well XD Come back in two years with those titles? :P After I read a decent amount of backlog I might start again with publishing. Just means I'll forget many storylines with my excellent memory (y)

Ohhhh. Been so long since I read a nice fluffy manga. I miss those feelings.

Reading days isn't actually accurate. It only goes up with volume counts, which is why when I read long series and don't bother with volume count nothing happens until volume count is added. Also MAL doesn't have a lot of the short stories in their database. Disappoint :(

I thought you surpassed my chapter total already? Wouldn't be surprised though. Spent last year watching anime and read like no manga in comparison to the past. The year before that was spent on kpop and Asian doramas. Getting back into reading manga this year (which is why I'm getting you to recommend me things because I'm really behind).

That always happens doesn't it? XD
Oh also. I'll send you a list of the shiny hd anime I have on my hd so you have an idea of what you want to grab when I go down :)

Also I realised that because I'm always logged into MAL Updater, it looks like I'm on MAL 24/7.

raiin- Mar 12, 2014 9:36 PM
Holyland is an amazing manga. Why did I not read it until now?
Just realized that I have the Korean drama version though.