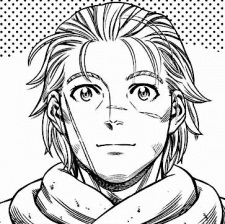 A_Morbid_Shadow Jan 17, 8:47 PM
I know it was just for a forum game but thank you for going through my monster of a PTW list and taking the time to point out the things you felt were especially worth watching. I have so much stuff that it's hard to figure out what I should prioritize, will definitely be picking up Death Note first thing as soon as I finish Fire Force and catch up on Osomatsu-san. Thanks again!

poetic_dreamer Apr 2, 2018 8:40 PM
I haven't delved into the manga yet. I mainly love it because it's imo, the perfect way a story should be told in all aspects. Trust and Betrayal has god-like execution in everything it does. It was just something that really moved me when I saw it. The fact that it was only 4 episodes makes it even more impressive. The immersive atmosphere, amazing music, progressive character development, and universal themes came together in a really splendid fashion. A lot more could be said about it. However, this is just the gist of my synopsis on it.I can elaborate more on it if you want :D

Hibbington Mar 19, 2017 9:47 PM
Greetings Awesomecake, I saw that you watched a few Winter 2017 shows.
At the Anime Guild our main specialization is being a Seasonal Club. We are getting close on making that final turn this season.
We do choose the best Opening, Ending, Character and of course Anime of the Season with also a Discord Channel and a Power Ranking Group.
If that seems appealing to you, make sure you participate in our activities for the rest of Winter 2017 by joining our club.
I have already sent an invite as well as provide a link to our club ^.^ - http://myanimelist.net/clubs.php?cid=63899

Now I will admit that the first few episodes of Penguindrum are sort of... "Monster of the week," power rangers esque. :P However, I don't think the characters don't progress, I don't think the plot does. :P It's sort of like grinding a level in a video game. Your character levels up, but it's the same layout most of the time.

Yes, you are technically right. A part of this mechanic is pointless, basically, but that's also because it's meant to be pointless in the context of the show as well. It's meant to portray a feeling of a pointless struggle. ^_^

Mind you, the plot is not necessarily the overall focus of Penguindrum. Now granted, it's close, but not exactly the biggest part of the show. Overall, I interpret Penguindrum's plot as an excuse to portray interesting characters going through tense struggles with artistic symbolism and thought provoking themes as well.

I don't know what you should pick, to be honest! XD It's your call, buddy. :P

Royal-Guard-Reli Oct 22, 2016 7:02 AM
Alrighty, let's start. ^_^
The first half of Penguindrum establishes characters and foreshadows future events, such as the "wild good chase" being all for nothing(This is a clue that the "Penguindrum" is nothing but interpretive, coming full circle at the end of the show). If the beginning half wasn't there, the ending of the show would be even more confusing. If something plotwise did happen, it may have very well been the end of the show.

In regards to Himari's deaths, this is a theme of the show that is also necessary, and is not the first time she has died and come back to life. It's like a mechanic in a video game, Kanba keeps trying to extend her lifespan as artificially as possible.

Damn right it's not clear. Penguindrum's ending is interpretive to the viewer. So it's up to you to judge it in whatever way you want. ^_^

Angry_Anime_Nerd Apr 28, 2016 3:07 PM
Don't say I have a short attention span for focusing mainly on movies instead of tv series!

If you start an actual blog, be sure to tell me. I've thought about doing that many times, but what's actually been stopping me is my nule ability at web design... I really... don't know how to make a blog.

Akai_Shuichi Feb 26, 2015 2:30 PM
Thanks for reading my top! Because of what I wrote about it, I definitely agree with you on Usagi... I'm pretty sure I'll never rewatch it. I just won't be able to enjoy the show again. At least I saw the anime before reading the manga.
All Comments