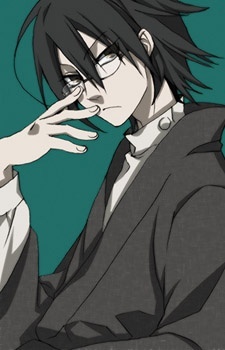 Sakarii Jun 30, 8:28 PM
Ahhh, that. It's not quite done yet (it's set for 66 eps and we're at ep 54. I took a break at ep 42, because honestly? It's not that good, unless you like battles and prettier animation. Character and plot-wise are more or less got the short end of the stick with the former, either cardboard or recycling tidbits from OG (and without doing anything with them beyond one ep) and the latter, suffering from bad pacing. If OG went too fast, Remake meanders like a lost old man.

Also, hope you really like Agumon and Taichi because he's the Main Character and everyone else are side characters of varying degrees.

Not sure how it's doing in Japan, but the reaction over in the West is mixed. I find it soulless, the typical "look at all the cool toys we're selling!". But if it's pretty battles all you're after, it works well in that regard.

Nagatotoro Jun 14, 10:23 AM
Ooh I see sorry I didn't understand what you meant Im a bit stupid😆 Anyways yes, she is my favourite character from Oniisama e, also don't mind me, I often change profile pics, sorry if that annoyed you😆

Nagatotoro Jun 1, 12:22 AM
Thank you for the reccommendation!

Nagatotoro May 31, 1:49 PM
Ahahahash Mariko seems pretty interesting and beautiful indeed! Can't wait to read it, I waited two weeks!😨
I've also read Claudine, it was pretty good even if a bit short

Nagatotoro May 31, 1:31 PM
Ooh I see! Sorry for my mistake! I think you can read it on mangago though! The manga is way better than the ova unfortunately😭 even though it is still pretty good!
I also really like Yuri! I've currently ordered the first volume of Oniisama e, It arrives this friday, I look forward to read it!😍

Nagatotoro May 31, 1:19 PM
That's truly a shame indeed, I searched so hard to know about Serge's after life (Agnus Dei) Thanks god at least the entire story is translated in italian 😢 I'm extremely glad and honored to talk to another fan of it, it is extremely rare!
Thank you so much for accepting, we sure have a lot of things to talk about!^-^ Which do you prefer, Gilbert or Serge?

Me too. orz Oof, good luck. I'm sure you'll like a few; they're not all bad. When you do, I'm always up to talk if you wanna share your thoughts. :3

Sakarii Dec 13, 2020 10:23 PM
So, I don't think I did a good job at explaining my thoughts on the reboot for DA with my last reply and may have come off as too dismissive to your question (sorry about that). orz I did write a mini-review (& comparing to the OG) which may do a better job if you're still curious or interested in the reboot.

Sakarii Dec 9, 2020 10:11 AM
Heck no! lol But it's also depends on what you want out of it. It's a little bit better with partner Digimon, but the real main draw would be the action scenes... if you can ignore the BS around the human kids. xD

Sakarii Jun 17, 2020 12:15 PM
Ah, I understand where you're coming from. Funny enough, it was Tamers cast that caused me to like it on par to Adventure. While Adventure has a eight (or 16 if you include digimon) (and then way too much by 02), it somehow wrangled them better than Tamers where the characters suffered from the same writing issues as Adventure: not enough time given to them. So their background either didn't go anywhere or felt half-assed (looking at you, Jenrya). Juri, imo, was the only one that came out well and that seemed mostly because the story didn't give her a lot of screentime like the main 3 (Ryo screwed up Ruki's arc bad - he's more pointless than the 02 kids, lol) so they had less time to mess it up. (Takato is the main victim of this with his random back and forth wimpy moments that don't get good build-up). And I didn't like Impmon's Tamer backstory at all. xD;

Haha! Yeah, the animation was either pretty or "wow how drunk were they?". By the end, I knew when they had the talent on just by looking at how pretty Yamato is drawn or how well Jyou's face is drawn. (Taichi's episode is OVA level of quality; it'd be a dream to get Adventure like that!) I wouldn't mind the quality of eps like the darkness cave (where Yamato and Sora angst) tho.

Agreed. (And that's how it should be but I won't rant about that pet peeve of mine. xD) Frankly, if they cut Sora, Mimi and Jyou could actually have a purpose. Being the only girl (until Hikari) and their resident parent could have provided a deeper look into their characters, their growth, and connection to the group. But, Sora takes up so much time being like a copy of the group that it causes everyone who isn't Taichi and Yamato to lag behind (and sometimes even them). Her character doesn't really serve any purpose that couldn't be filled by the others and her vague Crest (and utter crap backstory to boot) cemented that for me. I do think, though, that they intended for the others to get their Ulitmates in the Dark Masters arc, but with that arc being so freaking rushed they didn't bother. It's the only way for half of that arc to make any sense.

Sakarii Jun 12, 2020 6:36 PM
As did I as a kid (except the epilogue, I never liked it) until I rewatched it (twice). xD Each time my hatred for it grows but my views of and for Adventure are a bit... fanon-ish. Funny you say that, because fujoshis only hate the epilogue but tend to like 02. xDD (Tamers better than Adventure? Them's fighting words!)
True enough; a few shows tend to hold up to time but a lot... don't, sadly. It's one of the reasons why I've tried to go back to things I liked in my youth and see if I still enjoy them. I don't want nostalgia clouding my enjoyment, as silly as it sounds.
Black Lagoon... That's one show I've been thinking of seeing for a long time, more so after the high reviews it got.

LOL Jyou! He truly was an underrated character. He's so... enjoyable that I can't believe I never noticed until I recently!

Sakarii Jun 11, 2020 11:12 AM
Thank you! It was a bit difficult since Adventure is my childhood love, haha. I understand your sentiment perfectly; I had the same feelings before I rewatched it for the nth time except, for me, it was how rushed the Dark Masters arc felt. Now I'm one the weirdos that actually prefers the Devimon and Etemon arcs.

For 02, I think it depends on what you look for in Digimon.
Foreshadowing-wise: 02 has the same issue as Adventure where its villains and final boss are all connected, but you don't get inklings of who the next batch are (or who is running the show) in previous arcs. And yeah, 02's final boss is also pulled out of thin air.