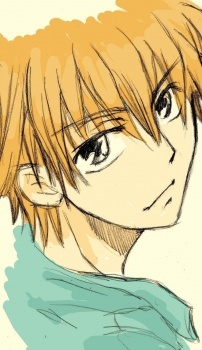 seniorsnips Oct 29, 2011 9:58 PM
Oh my, I do apologize for not seeing the friend request sooner. I've been very busy as of late and haven't visited this site in a while. Also I'd like to ask why the request out of nowhere?

FauxAzn Aug 15, 2011 5:41 AM
Ah, well I've played FF7 through XII, and 7 is also by far my favorite. Whatever good things you heard from X-2 needs a second look, because the characters from FFX just turn silly and ridiculous. I honestly had a hard time playing, and dropped it after a few hours. The game mechanics were okay though.

FFX though is one of my favorites. The story might start out a bit cheesy, and I'm not sure if you finished the game, but if you did, there's a few pretty nice surprises. And I liked the Sphere Grid, the Cloister of Trials Puzzles, and the environment / music at every locale.

Depending on how much you liked FF7, I highly recommend giving FF9 and FF8 a go, maybe 9 first. There really aren't many optional quests to get sidetracked by in 8 and 9 (and if there are, they won't be long). While random battles might get a bit repetitive, the story, the environment, the characters, and upgrading your chars make for a really addictive trip. And if you're not a fan of terrible graphics, 9 has the best visuals out of any PSX game imo, even beating some PS2 games' graphics.

And yeah, I'm not a fan of MMORPGs either: they're usually a big waste of time with little substance.

come on and grab your friends, we'll go to very... distant lands
with Mike the Detective and Ask the Human
the fun will never end
it's adventure time

If you'll be my Pinhead Larry.

what makes you question my Dirty Dan tendencies?

FauxAzn Aug 14, 2011 5:25 AM
Well, yeah, differences between headphones get smaller and smaller as the price goes up. That's why I always go for comfort first. The reason why I like my UR40 is because it's basically the KSC75 drivers in an extremely comfortable shell (never makes my ears hot / itchy) that really boosts the soundstage.

Which Audio Technica can, by the way?

For Final Fantasies, which ones have you played, and which is your favorite? Are you into any other RPGs?

I definitely think music, ambient or lyrical, influences one's enjoyment of whatever media. Good sound really adds to the experience. People usually skimp on sound when buying TVs for their "home theater", when it really doesn't have to cost that much. For anime / movies, I use a great pair of headphones with good soundstage: Koss UR40. Probably the best you can get under $60, imo, and it costs $25.

By the way, are you really from a city called Nibelheim, or is that just supposed to be an FF7 reference? I'd be pretty surprised if there was an actual Nibelheim city... it'd probably be the Mecca for FF7 fans, with the primary monument being a giant Buster Blade stuck in the ground.

FauxAzn Aug 11, 2011 11:41 PM
Heh, I thought the same as Cometeor the first time I saw your SN. I guess I'm so stuck on sites requiring a minimum number of letters for usernames / passwords, that I usually go with a standard 10-ish letter name.
All Comments