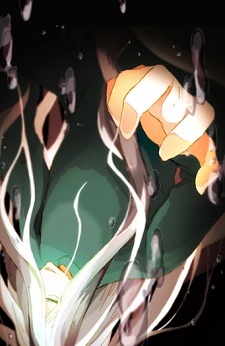 NamMyohoRengeKyo Sep 11, 2018 11:01 PM
"Far more attractive as adults than as lolis. " I'm so fucking happy someone else feels this way about the charcthers of Nanoha there all so damn beautiful as adult mature women

I didnt really like the Thor fight.It really disappointed me compared to the other fights. I would rather see them normally(well noramll as in how they fought before) instead of Thor's power of moving the world.

And I dont know how to feel about the end.I am glad Othi-tan survived but something tells me that it would be better for Touma's char development if she had died.
I get the reasoning behind her survival but I dont know...

Oh well, when in doubt follow your feelings so... great ending.

ssjokg Jul 9, 2013 2:37 AM
It was on Luna_'s wall.One comment and a wall of text complaining how everyone on this site are dipshits,how most of the mods are dipshits and incompetent how everyone is out to get him(gee I wonder why)by making up stories,the word fuck was at lest two times in each line and in basically he was kissing Luna_'s ass.

That probably is because of a report from me when he called me pathetic and a godamn fanboy.
Normally I wouldnt report him but I once got a warning for saying "nobody talks about your waifu" and I was like :|
I guess having the same thing happen to him didnt sit well.He even said that it affects his real life.....I didnt know that I was so awful,it almost makes me feel sorry for him but in the end I dont give a shit.

ssjokg Jul 8, 2013 7:48 AM
Lol at Tallon bitching at Luna_ about the bad boys of Railgun forums(and I assume other people too).
So I guess we are all crazy and full of lies.

Is it obvious how much I hate that *insert insult of your choice here*?
I thought it needed a lot of effort to beat DraconisMarch but this guy easily topped him.

ssjokg Jul 2, 2013 4:07 PM
A certain Misaka Fanboy on Railgun's "reruns":"I knew of these scenes but, as I’ve said plenty, never actually watched Index cuz I couldn’t tolerate it long enough to. So was it ‘useful information’? "
*looks at list" : Toaru Majutsu no Index 7/24....Deep Blood arc

So why was I losing my time all this time?

ssjokg Jul 2, 2013 10:14 AM
Jesus I actually replied to you without even reading your comment.XD
Really what is his problem?
Even my opinion on the preview that was in a spoiler was deleted.
All Comments