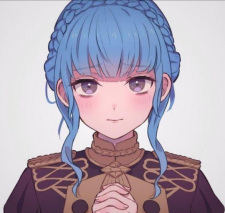 XGonGiveItToYa08 Mar 25, 8:34 AM
It makes me happy to see someone else use the tags on his anime list to write his thoughts about a show. (I thought I was the only one who did that!)

I have some animes to recommend:

- Bakemonogatari (ah what I can say about this anime, is one of the best! the artwork is different and cool, the characters are all weird and funny, the narrative is fast, all about this anime feel right to me, it have more season so if you like it you have more to watch).
- Jinrui wa Suitai Shimashita (Is an intelligent comedy about a girl in a weird fantasy world, the main character is one of my favs because is sweet and intelligent).
- Ookami to Koushinryou (a story about a man who found a girl in the middle of nowhere, the female protagonist is really original and funny).
- Katanagatari (a story about samurais and ninjas, the joke about this one is that the pace is really good because the narrative is fast, the characters and the artwork are cool).

Comedy and Slife of life.

- Yahari Ore no Seishun Love Comedy wa Machigatteiru. (is similar to Watamote bc the main character is an antisocial person, it have stong comentary about the society and the persons who are antisocial, also it have comedy).
- Hanasaku Iroha (is a story about a girl and her problems to become a women, is fun sometimes, the characters feel real, is more a comedy/drama type of anime).
- Kono Subarashii Sekai ni Shukufuku wo! (a cast with great characters in another wolrd doing comedy, is good bc all the chareacters are original and funny).
- Gekkan Shoujo Nozaki-kun (is a romantic comedy with a lots of good characters and is the comedy is really good).
- Shirobako (it's about 5 girls who want to make anime, the characters feel real and the comedy is great).
- D-Frag! (this one is absurd and stupid but that the joke about this anime).
- Himouto! Umaru-chan (is a anime about a otaku girl and her life, sometimes is funny and other times is stupid but all around is a decent comedy, the mc is a little bit like Tomoko)

Dark side of anime:

- Zankyou no Terror (is similar to death note because the protagonist are really intelligent).
- Ergo Proxy (is a weird dream that you don't get anything until you wake up, one of the most poetic and psychological animes ever, it have some bad episodes in the middle but all around is a solid anime).
and if you want a manga, go and read "Platinum End" is from the creator of Death Note, is a story about a guy who meet an angel.

Sorry for my mediocre english! I hope you like my recommendations!.