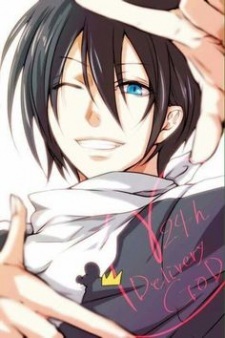 Symptomatic Aug 20, 2017 11:15 AM
Oh.
I guess I'm a JYUSHIMATSU GURL I MUST PROTECT THE MUSCLE HUSTLE HUSLE MUSCLE BOI

I didn't expect Shimono Hiro to voice Momo!! I WAS SO SURPRISED AND HIS VOICE WAS SO HIGH PITCHED (exactly what I imagined lels)
I THOUGHT HE WAS PURE BUT BOY OH BOY, MY IMAGE OF HIM WAS SHATTERED (same as Kaji Yuki, I was ded when I found out that he did a blcd with Tatsun nosebleed)

I have to agree with you. I actually stopped school for 2 years cause I was being bullied. I'm going to continue again next school year.

Symptomatic Aug 14, 2017 4:37 AM
Heyaaaaaaaaaaaa
I've been feeling pretty down lately plus, I'm using my phone's browser when opening my account in mal so my reply is pretty much late. Ehehe;;;

I know Hidamari K. is really slow paced, and the update is monthly (I think..?) but by some miracle, I can still remember the story haha

You're reading Yatamomo, aren't you? It's really good. The blcd did not disappoint. :v


Hope you're doing fine in school!!! school sucks, I know. We all do;;

Symptomatic Aug 8, 2017 10:05 PM
Kinda? I really like reading yaoi. But I'm kinda picky with the art style. As long as the characters doesn't have long chins, and big hands, I'm good with it. :v
I've bookmarked so many yaoi mangas in my manga reader app, actually. some are on hiatus, some are on-going (I refused to read those hidamari ka kikoeru is exempted hehe), and some are completed. I have yet to read them all. *___*

I thought the broke up ages ago, whoa. I'm happy for them. :D
but I don't think I can take it if they get married, pls not now

You should! Some people will troll and some are friendly. Give it a try sometime! :D

Symptomatic Aug 8, 2017 9:03 AM
I should've known that seiyuu enthusiasts like blcd at some given point. (*ﾉ∀`*)
I also love the fact that most of the manga you read are yaoi xD


Oh fudge wait, LISA AND TATSU ARE STILL TOGETHER OMG
I thought they broke up years ago?

Have you tried going to the forums yet? It's pretty fun up there. (￣▽￣) (not really, but kinda haha!)


your dp reminds me of noragami manga. Sighs, I'm thirsty of updates OML

Symptomatic Jul 25, 2017 11:43 PM
Crap, tough question. I'm have so many faves! Some of them aren't even included in my favorite people list in my account! Haha

I guess for now, my eyes are focused on Hanae Natsuki (he's so adorable, his wife is very lucky to have him ) and Tatsuhisa Suzuki (and his ongoing promotion to promote his band's new album)
By any chance, do you know blcd?

I see that you just recently joined MAL. How are you liking it here so far? :D