Claim a Kawaii Girl // RWE
Pick up your cards here 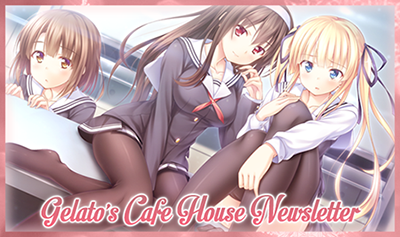 Thank you for being a part of our group!

We hope you'll continue to be an active member!

(This edition of the newsletter was created by: Taker6898)

(The topics have a link to them, for your convenience)

We are currently looking for the following:
Newsletter Admins (2)

This is the thread where every card maker can sign-up for the edition they want to participate in.

Just edit the post when you have done it.

Kawaii Express Girl of the Week

We'll be putting every Kawaii character here to record the dates they appeared in.
It'll be easier for users to find what show they are in as well.
Think of it like a Hall of Fame here.
PM or leave a comment in the club if you want to request one.

TCGFAN88 Dec 21, 2015 10:37 AM
" So how does a game of WIXOSS work? That's where the Magic: The Gathering traits come from. Being a former player myself, the comparisons were far too obvious. The colors each indicate the style of play you use, along with the type of person you are. WIXOSS is not subtle with this idea, as they literally the use the exact same colors as Magic. White is peace and defense, red is passion and fire, green is the natural world, blue is illusion and trickery, and black is cold, soul-less death."

I just wanted to say this is the silliest thing I've read in a review on this site. I can see the Madoka comparisons to an extent with the series; It's not like Madoka was awfully original in it's concept anyway, so I think calling it a "rip off" is a bit of a weird thing to do when Madoka itself was a ripoff of at least 2 other series, but the idea WIXOSS is ripping off Magic because of the colors? Like the same colors in card games such as Battle Spirits or Duel Masters? Or about ten thousand other card games? Although Magic may have started those colors with those specific traits, it's been a LONG time since it's been an exclusive Magic thing and saying WIXOSS rips off it for that is just plain stupid.

With those points made, yes there are obviously similarities, but that's how media is these days; calling something a blatant ripoff for having similarities is wrong. Why is it okay to call WIXOSS or YYY a Madoka ripoff but calling Madoka a Ryuki or HiME ripoff is frowned upon, when it is literally Ryuki almost word-for-word and shares many concepts with HiME? Why don't you see people slandering games like Battle Spirits for using the same Color system as Magic? WIXOSS shares similarities but you are flat out wrong in calling it a ripoff.

Other then that outside of the Enercharge mechanic being similar to mana the games are in no way similar at all and this is coming from someone who played WIXOSS before even watching the series and that is still a major Magic player.

I agree with the rest of your review honestly, I just think these points are extremely biased and silly and you really should think of revising it for the better in the future if you want people to take your written work seriously. Because no one is going to read that and see you comparing it to Magic for such skin-deep reasons and actually take your opinion seriously after that.

This will be our very newsletter we are sending so sorry if it looks messy. We are one of the sister club's of Namine's Cafe to start off. Kawaii Express is a kawaii club that adores the kawaii characters. We provide everything that is kawaii. Our newsletter we are sending is to just remind you guys to not forget about us and to also share the many things that are happening in our club. Below you will find the different stuff that you can guys can take a look at or can participate in.

Here you will find all the weekly Kawaii Character's. It's great to have a list of who has been chosen for the week as it's easier to choose the next character. Think of this like a Hall of Fame.

We are having an increase of Card Editions at Kawaii Express now that there are new card makers working hard to provide kawaii cards. If you would like to see what card editions have passed then click below to find out.

---------> Here you can find the Upcoming Card Editions. The dates for their opening have yet to be decided but the club frequently for updates. We can tell you that card editions will be out more frequently now that the Express has staff to help around. If you would like to request a theme, then leave a comment in the club and we'll add it to our to do list.

-----------> Kawaii Express also is recruiting staff members. If you would like to be part of the staff then visit the Staff Recruitment thread. Follow the format then you'll receive a PM by one of my admins if you got accepted or not.
Note: For Card Makers and General Admins: Please state your experience or works(cards/badges). It's a plus, if not then we will teach you.

Kawaii Express will also host a Biweekly picture contest. Users post pictures depending on the theme given. The winner will get a prize which will be sent to their profile. Prize content has yet to be determined but we the staff are working on what to give. Cards, Kawaii Character of the Week? Be sure to participate.
-------> ~ Biweekly Picture Contest ~

[b]For those who use Photoshop you can visit the Creativity thread. Here you can talk about how you got an original image into your final image and also give tutorials to new members who are into Photoshop. Don't be shy, we want you to feel comfortable in our Express.
Show us Your Photoshop Skills.


Newsletters will be given out on a monthly basis. So be sure to follow up on any updates. Have a nice day, SweetKotomi.

Sheepdude Sep 3, 2011 5:33 PM
Anybody who didn't like endless eight is a dense simpleton, dumb fanboys who thought haruhi was cool in the first place because it had aliens and crazy anime stuff they never seen before