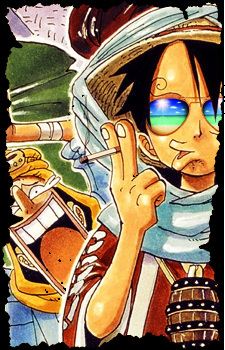 AncientCurse 8 hours ago
Hello. This is from your request. 😌

AncientCurse Yesterday, 9:17 AM
Oh, I see. That's nice. I also like movies that make me think about its intricacies.

Thanks again for other recommendations haha.

AncientCurse Yesterday, 5:14 AM
Hello.
It so happened that I watched yesterday a Denzel Washington movie haha. It's called The magnificent seven. It's from 2016. It's a western movie and it was quite entertaining, though I wouldn't really recommend it since it was just pure action.

Order-sol Sep 21, 5:59 AM
WE PIRATES I FORGET SOMETIMES WHAT THAT MEANS - RANDOM PIRATE IN ONE PIECE

Order-sol Sep 20, 10:00 AM
Get blue ray collection I brought recently. Season 1 and 2 plus the pervert weird ovas

Order-sol Sep 20, 9:01 AM
It was remake of the original two. Remake got sequel to some what if bullshit. Focus on Satoko being a slut.

AncientCurse Sep 19, 7:06 AM
Oh, I see. Thank you for the recommendations. I know he's a widely known actor.

realswagmoney Sep 11, 9:43 AM
to put the characters infront of the text, you just have to do [img align=left]*image link here*[img] then on the same line as that do [quote] *about me text here* [quote]

Fatephile Sep 7, 12:08 PM
Wait, did alen post nsfw in the club? I'm hardly active so I just found what happened

Fatephile Sep 7, 5:56 AM
Try his Kitsu account. He's active af there and can't really pull the edgy personality there cause of you know...moderation

Fatephile Sep 7, 5:46 AM
ArabianLuffy said:
Yeah, yeah. A user... let's call him Mr. Edgy. Mr. Based. Posted/spammed [+18] NSFW stuff. His main account then got permanently banned. He got pissed. Time for revenge. What's the plan? Multiple accounts. Spam same old crap. His alt account gets banned permanently, and again and again and again.

The question though: How long is he gonna keep making every time new email and then new alt MAL account? Someone like that is...... I don't know what to call him.

Stubborn?
Having much free time?
Having issues?
Sick?
All of those and other?

BUT... if he has shown to behave, would he retrieve his main original account? I understand MODs experience with those kind of guys. They know. Some guys learn, some don't. It's not that I ask MODs to give the user a second chance. The user (regardless who he/she is) needs someone to talk to.

In fact, I personally found out that ignoring sometimes works, sometimes not. Not only that, but also I wanna know by any banned user what is the point he/she wants to make?


Lmao is this about allenvonstein?

Auron_ Sep 6, 3:38 PM
Of course, I'm sorry if it came off as such. It is just always nice to have diverse perspectives as long as it comes from a place of genuine care towards another human beings.
All Comments