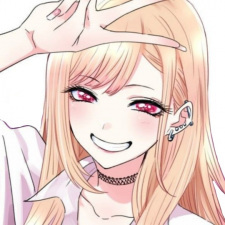 BroPo Aug 14, 3:37 AM
Why don't you just read the manga hisokaweird


you'll get the disappointment out of your system quicker

NickRedMachine Jun 12, 1:19 AM
Ranma is a goated anime wtf edgy

SliceofMoe Jun 2, 3:27 AM
Konosuba is one of those anime that will be forever remembered. It stands out from the croud of comedy. From its memorable cast to its eye candy art. Konosuba is the ultimate treat for the comedy anime fan.

Story: 6/10
The story is pretty basic. It doesn't go deep or have enough plot to make worth to think critically about. The only major part of the story you need to know is that Kazuma is trying to get out of this world by defeating the devil king. However, thanks to this anime's extremely likeable cast of characters, you will find yourself actually caring about this story because the chracters are just so great. More on that later.

Art: 9/10
The art is like consuming a rainbow ice cream sundae with a cherry on top. Extremely tastefull and enjoyable. Just like this animes quality graphics. it feels fresh and colourful. Like you really are in a fantasy world.

Sound: 9/10
Everything soundtrack has a purpose in this anime. Its never out of place or just there for filler. And the soundtrack is extremely catchy too. The Op gets you pumped and ready for the adventures of kazuma and his harem gang. And after the episodes absurd and crazy journey. You are greeted with a relaxing and heartwrenching song. Sung by the best girls.

Characters: 10/10
Perhaps the best part of this anime is the characters. Ive noticed a lot of people don't like the characters, especially Aqua, because they are "annoying" or "stupid." But a lot of people fail to see that was the point of the anime. they were made to not be perfect. And I love them for that because reality is, not everyone is perfect unlike most animes which shows the protagonist being OP AF.

Enjoyment: 9/10
Their was never a moment where I was looking at the clock, or day dreaming of other things. It was constant entertainment and action.

Overall. 9/10
Overall, this anime will get you hooked from the very beginning to the end, Its hilarity combined with the great adventures will make you come back wanting more. And the second season only gets better. If you aren't into satire joke however, this anime might not be for you.

if i binge hxh too much im gonna burn myself out :( gonna watch some other stuff in between arcs

im 26 eps in so far, been binging for 2 days lmao, gonna start next arc tmrw. ngl u right HXH is really good

Yumi May 18, 1:38 PM
bruh one piece is so long LOL how far into it r u? im watching hunter x hunter
All Comments