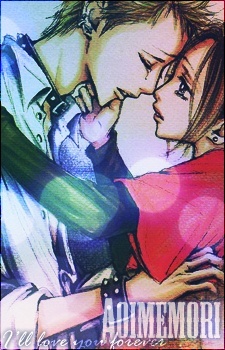 ggultra2764 May 24, 2019 8:01 PM
Thus far, I have the impression that many of the episodes that adapt the first eight volumes of Fruits Basket are being structured similarly to the 2001 anime in terms of how events are adapted, minus the more over-the-top humor that Akitaro Daichi applied to the series when he directed it nearly 20 years ago. The changes are a bit hit-or-miss in terms of execution as some of them flow naturally with the show's events, while others either could have been done better or just simply exist to pad out run time. But so far, it's one of the better older series remakes that I've watched through.

As for what I missed, yeah I'm likely not going to spot every slight difference between the anime and manga. But depending on what the anime changes up, it usually takes a while for me to compile differences between the source material that I can notice. Last week's episode took me almost three hours to write up due to the many small and major changes I came across with the episode's adapting of chapters 10 and 12.

well i hope its like the original first season which i found to be poor but pick up later on.

i think they're overdoing the drama. plus we were spoiled with the first season and with the original series unfortunately so our expectations are a bit high and when something like this happens and it gets off to a slow start then we obviously have a problem.

why are we, as a Hispanic culture in general, such alcoholics? we can't put the stuff down lol....

nicaboy456 Sep 24, 2013 7:24 PM
oh yeah? where are you now and where will you be 30 lbs lighter? its great for women but for guys, at least non fat guys, losing that much weight is kinda bad. i not only lost the weight but i lost the muscle which hit me even harder.

Korra came off as such a bitch in that ep didnt she? really rubbed me the wrong way. did they ever say what Sokka did with his life in the first season? i dont remember.

flavored alcohol huh? so female lol. i agree though that you can never go wrong with a cuba libre. it just depends on the mixture and the bartender. i would take a bacardi and orange or something with vodka. i love me some vodka....

OH and did you see the premiere of the second season of Korra? so awesome!

if you could have just one type of alcohol from now on, which would you choose?

nicaboy456 Sep 2, 2013 5:56 AM
maybe i'll check it out then. i kinda retired from anime a few months back. i see you're checking out Steins;Gate. thats a great choice. stick with it and you'll love that title.

and my god this heat sucks balls!!!! why cant the fall come? i need my cold weather!!!

and dare i ask a Nintendo lover such as yourself what your take on the 2DS is?

nicaboy456 Aug 28, 2013 7:05 AM
*BZZT BZZT* incorrect. its a title i've ever since i first read it like 4-5 years ago. i have to admit that some chapters were real head scratchers and seemed pointless in the grand scheme of things but all in all its been a great story though slightly unorthodox.

and you can recommend anywhere as long as its domestic. i dont feel like crossing oceans....

nicaboy456 Aug 23, 2013 8:30 PM
i didnt know you were reading KissxSis as well. i think its one of those titles you either love or hate. which side are you on and can you guess which side i'm on?

at any rate, how goes life? done any cosplaying lately?
All Comments