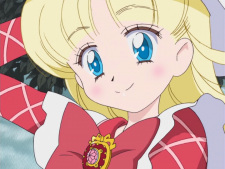 Hoshi no Samidare
Yesterday, 7:46 AM
Plan to Read · Scored -

MetaThPr4h May 5, 2019 4:57 PM
Really happy to read that! Looking forward to reading your thoughts about it when the time comes n_n

> Btw I was wondering what Precure do you recommend I watch after this? I was thinking of Heartcatch because it seems the most visually appealing, but you also have Smile in your favorites list.

I'm not sure if I would recommend Heartcatch for now if you were finding Princess repetitive, the first half of the series is pretty much episodic stories focused on side characters, with the main duo helping them out. While I still liked it from the first episodes, it took me quite a lot longer to start loving it than the other entries, but it gets amazing later on anyways and also has the best movie by quite a large margin (that I have watched so far). But well, overall it's the most praised entry of the franchise together with Princess and Hugtto, so it's always worth a try.

Smile is a whole different beast compared to other Precure (tbh I feel that most Precure are quite different in general to the others), that entry is a lot more comedy focused, and to me it felt more like a CGDCT anime... that also had good action, lovable characters and great emotional moments, so yeah, my favorite of the genre if I include it hehe.

> What would you say is the best Precure for someone looking for something that gets as dark as GoPri did episodes 20-22?

The thing is that I think that most Precure entries actually have those type of episodes at some points in general, Heartcatch does, Hugtto does, Fresh does... and guess what, Smile does too, and funnily enough considering what I said about its focus it's probably the one that hit me the hardest whenever it went serious. If I had to choose one I would say Hugtto personally, but expect those serious moments in pretty much any you give a chance to (at least from the ones I watched so far).

I love this song so much, what a great change of tone compared to the previous one she had as Twilight

I'm currently on episode 9 of NHK and I'm really liking it so far, such a good combination of comedy and hard-hitting drama coming from the characters, I can't wait to watch more.

Hollani Apr 17, 2019 8:58 PM
Don't know how I stumbled upon your profile, but seeing Eureka Seven as the top spot made it a worthwhile venture.

Fircoal Apr 12, 2018 8:50 PM
So you're saying that giving a show an extreme rating without watching much of it is a bad thing? Huh. Who would have thought?