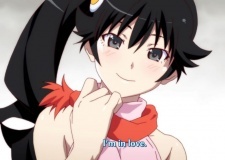 Aww! Thank you, Origin. I appreciate the kind words. :)

Cooperation-san Jul 24, 2016 5:26 PM
yo, your favorite anime and tastes (at least compared to my recent ones) compare nice and I'm adding you because I want to find some nice anime from your list.

hope you don't mind,
thank you for your service

So basically, I take it you're a boobs guy huh? I see.

Raging_Berserker Jul 7, 2016 4:03 AM
Ayyy I been seeing clips of that cooking anime everywhere, even on my Facebook. Also the manga has a buzz of its own. Ah well.

Dude, I'm confident everything aside from the CGI in Berserk should be lit!!! We manga fans been waiting too long to let CGI deter us from consuming that shit hahaha. Anime this season is just a NO for me, hopefully I'll make up for that with mangas and manhwas. That's where I can say I'm more active in.

Raging_Berserker Jul 6, 2016 12:40 PM
Ahhh it's good hearing from you after all this time. I never even got to wish you happy new year haha. Well here you go, Happy New Year man and Happy New Month!!!

How's work man? Everyone got they own shit to tend to in life huh?

Ahhh I kinda fared better with last season's anime compared to this season. The only anime I've watched from this season is Terra Formars Revenge because I'm a fan of the manga. I'll eventually watch Berserk even though the CGI will make it shite, it's all about the timing. I may wait till a couple episodes have aired before starting. How about you?

The tooth brush is the only reason why i live.

Ako- Jan 6, 2016 11:07 PM
I love Karen on your picture, we seem to both like monogatari series, but how did we not share the same feeling in Valkyrie Drive ):
I thought it was 9-10 masterpiece.
All Comments