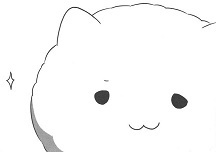 I don't know at which point TragicRomance wrote that recommendation, but the yuri in both series is pretty heavy. The same level as the rest of Kirara manga. I'd never call it fanservice, definitely is not this. The yuri is an esential part of the characters in these series.