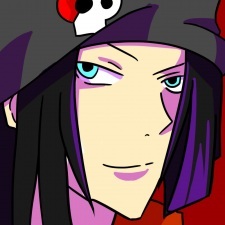 TakamakiJoker Oct 24, 2016 7:51 AM
I really like your anime dvd collection videos

Very Important News!
Ok I want you all to take a deep breathe~ 1, 2, 3 *inhale* 3, 2, 1 *exhale*
The club is going to change their name! Yes, it will be quite unfortunate BUT!
we hope you guys won't leave just cause we've changed our name D: We'll still
be having the same concept and providing you with many card editions from here
and there. Alongside our Loyalty Card system. There's not a real reason to change
the name but just wanted a mystical if this is even the right word for it.. feel~
Continue to keep a look out of the club for new stuff coming your way ヽ(＾Д＾)ﾉ
Recruitment

It's still open huh? (ಠ_ಠ)
Well believe it or not, it is because we always want members like YOU to
help our club whenever we needed. We've also added additional jobs to the
application. Jump right here to find what you're interested in and apply.
Don't be shy, be fly ＼(^o^)／ That.. made completely no sense at all but hey, I
wrote this newsletter very late so don't blame me for writing weird shenanigans (ಥ﹏ಥ)
BINGO Event
Breaking News: Auntie Shey have retired from the Bingo Event?? NOOOOOOO (*´Д`)
Please give her a huge thanks for helping and managing the BINGO Event for you guys~
Exciting News: We are going to CONTINUE the BINGO Event as long as more than 10 people
are participating! If you LOOOOOOVE cards, join the fun and see if you're lucky enough to win
and be able to give us a card edition and be able to request ALL those cards that are made in
that winner's edition.

Want to be the new winner? Come play with us and snatch that 1st placer ┌(☆o★)┘
Follow this thread to sign up monthly~
Anime Challenge: Highest Score
Another Breaking News?! ಠ▃ಠ
Indeed.. I decided to want to close the Anime Challenge.. for several reasons.. even
if they're not a good reason, I'm honestly really happy that some of you joined the club
just for watching anime on other people's list ^^ We'll take a break from the anime
challenge and will be planning for extra events to make up for the loss. Don't go away
just yet cause you'll be missing quite a few thrillers~
The youtube video has nothing related to the upcoming events...
again.. it's late and I'm supposed to be sleeping ;_;
Card Editions && Claims
Pokemon Collector Edition is still ongoing?! ఠ_ఠ
For the time being, yes. It will end when 53 pokemons have been out in the field.
There's just too many pokemons out there to do so I'll need a break from it </3
Those that have been collecting them, you will be receiving a certificate. It may
come in handy, who knows.

What's coming next month?
Kamisama Hajimemashita Limited Edition
Aura Kingdom Rare Edition
Fire Emblem Rare Edition
Sci-Fi Limited Edition
Staff Favorite Manga Rare Edition
Club Comments
Making a thread seems kind of pointless so I'll want to liven up the club comments with
the following: (Let us know your thoughts. Share your ideas.)
• General Topics for members to discussed about
• Games: Fresh ideas that haven't been done in order clubs or what you think most people would enjoy playing.
• Events: Something like what we've had in the past like Bingo & Anime Challenge
• Cards & Claim themes are most welcomed
Do not be afraid to be the first to post.
Blog Entries
Seriously guys.. Is Blog Entry the new trend around here? ( ͡° ͜ʖ ͡°)
Can't stress this enough that we understand you would like to separate comments &
blog entries for deliveries or if you disabled everything but I beg of you to at least clean
them. We don't have the right to tell you how to run your blogs BUT it's really
troublesome for people that deliver. It's best if you just save your cards and delete the
deliveries from existence or a new blog entry if you want to keep them.
Plagiarism
Putting this out there as I've mentioned in the club comments before, I do not want
to see people copying off each other's work UNLESS you got permission. (╬ಠ益ಠ)
It's unpleasant to see others copying and pasting or trying to replicate the same
content. As much as I want to ignore this, it just keeps happening and people
do notice the comparison. I'm saying this nicely but please just stop it already.
Newsletter Option
• Re-made the newsletter thread so if you would
like to receive these awesome lame newsletters from me, don't forget to subscribe!
• If you wished to unsubscribe anytime, message Dear_Clouds_Bot
and he will removed you from the list.

Visit us often & don't forget to take care of yourselves.
Good luck to those that are taking examinations and for
everyone else that's not studying hardcore, have a wonderful
day and enjoy the fresh air~
- DC Staff 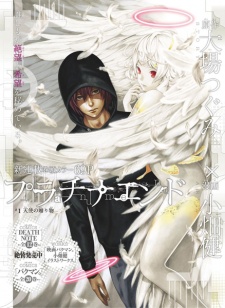 Thats the most unique favorites list i have seen. :D Mostly i see sao and aot :D

Well, I like anime movies as well. Especially if they are from Ghibli. ;-)
When you mean old movies you mean during the 90's, 80's or even the 50's?
Every era has its own diamonds, we just have to find them. Unfortunately, nowadays, it's much more difficult to find anything. Every mainstream film seems like it was created only to bring cash to the producers. :-(

AADMC Nov 11, 2015 11:10 PM
Hello fellow MAL member! :D
Are you a movie addict? Or do you enjoy casually watching a movie together with your friends? If films, animated or live-action ones are something you like, have you ever wondered about participating in such activities where you can discuss about your favorite movies with your friends on MAL?

If the above facts catch your interest, come and join The Cinema Club! ;-)