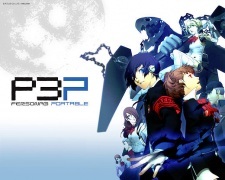 animangafreak_ZX Mar 5, 2019 6:34 PM
Cute Hamuko with Makoto avatar. Wait, is she closer to SEES than the latter based on her Social Links and majority of her event choices???

P.S. is she also responsible for literally Shinjiro's inevitable demise, especially when she has no idea that in choosing to do so, she unknowingly and at the same time, unintentionally saved him out of forgiveness or something like that when the P5 cast in PQ2 finds out that she's actually dating him and being on good terms with Yukiko, but will she also ask Ryuji and Anne to cosplay as Tusk and Angelise from Cross Ange for some reason???? (Let's hope she'll have to convince Anne-chan NOT to show any signs of hostility towards Junpei just because the latter ironically reminded her of Julio from that series up to this point)

Huss May 16, 2018 2:50 AM
Aloha, my name is random person in the internet. I noticed that you are reading Jagaaaaaan. I like this manga and wants to talk to peoole about it. I was wondering if u are interested in joining the discord server for jagaaaaaan. The translator of the manga is there as well, and approved of the server.