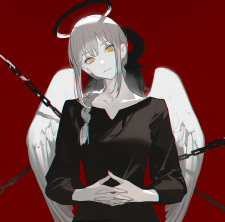 V1D1T Jan 14, 7:28 AM
I haven't read all of Type-Moon visual novels so I am gonna recommend you the Fate Series only for now

Start off with Fate/Stay Night - I would say go with Realta nua Ultimate Edition because that one has great soundtrack, outstanding Openings and better CG. The Ultimate Edition takes upto 14GB
https://nyaa.si/view/427133 - Download all the files from here
https://www.reddit.com/r/fatestaynight/comments/as1lc4/fatestay_night_realta_nua_ultimate_edition_release/ - Download all the patches from here and Follow the instructions to install properly

After finishing all 3 routes of Fate/Stay Night Start Fate/Hollow Ataraxia. It is a Sequel of all 3 routes of Fate/Stay Night - It is much easier to download and install
https://raidofgame.com/1647-fate-hollow-ataraxia-download-pc.html - Download the game first
https://www.reddit.com/r/fatestaynight/comments/7589y1/hollow_ataraxia_voice_insertion_patch/ - From here you can install Voice Patch and uncensored patch and it is much easier to install them compared to Stay Night

Now we are done for the Main Universe of Fate

You can Play Fate/Extra as well which is a Game a not a Visual Novel
https://cdromance.com/psp/fate-extra-usa/ - Download the iso from here and use a PSP emulator to run it

Fate/Extra CCC is the sequel of Fate/Extra but doesnt have any English patch currently. Both Fate/Extra and CCC are getting a remake soon so if you want to enjoy the game in better graphics

Fate/Extella which is the Sequel of Fate/Extra CCC
https://steamunlocked.net/fate-extella-free-download/

and Fate/Extella Link which is a Sequel to Fate/Extella
https://steamunlocked.net/fate-extella-link-free-download/

Now I don't know much about the other Visual Novels of Type-Moon but you can try Tsukihime but I would recommend to wait for the remake which will be released this year and can take another year to be translated but if you want to play in old style graphics and without any voice action then
https://raidofgame.com/4809-tsukihime-download-pc.html