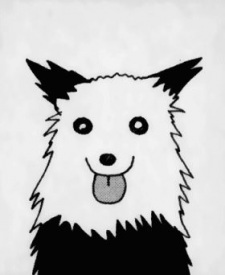 Certified_Rat Aug 17, 2020 8:26 AM
I can't really choose between manga and anime. They both have their own special things about them. I alao have to give more love to manga though, I havent read nearly as much as I would like to.

Im forcing myself to binge anime a lot less recently, I dont wanna ruin it lol. I got to 100 completed animes, so that makes it seem not too much of a faraway goal

Certified_Rat Jun 15, 2020 6:08 PM
Sorry, I thought I replied but I guess I forgot to, I watched it on your recommendation. It was pretty good! I wrote a review on it if you wanna read it aswell


That is kinda annoying, I'd like to have action scenes without tits everywhere, there is enough space for that. But it's so silly and hilarious how the Sword slashes "injures" the characters by ripping their Shirt of lol.

KaiserWilhelm_II May 10, 2020 1:54 PM
I haven't watched ecchi for a long time, I need some anime tiddies man.
It's so absurd that it's funny. Is the novel any different?

KaiserWilhelm_II Apr 6, 2020 8:46 AM
xD they were not the weirdest aliens in this manga but the funniest for sure


How is it there

On one hand, visually, it's probably one of my favorite manga. The art, composition, paneling, it just has that quality of being almost animated. My imagination was running wild. And the ideas! A dude that's constantly on fire, a masked dude with a baseball bat deflecting bullets, an eyepatched chick that can control a spear's gravitational pull and fly it around/ride on it, a dude in briefs with a helmet on who turns his middle fingers into giant blades, etc. It just had a bunch of cool ideas that were insanely fun to witness.

The story though...oh boy. The first two 1/4s I thought were pretty good, the third one was...weird and red-flaggy but not yet terrible, and then the final part/conclusion was just a rushed, nonsensical crapshow.

Still, I'll remember it for the amazing visuals and a few decent and unique storytelling moments. I also thought the overall cynical feel of it was well done, never too edgy.

I can send you some FaLiLV essentials if you want :D