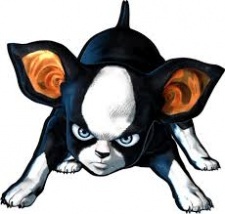 Koby Jul 10, 2019 2:56 AM
Just been busy as heck. Haven't had a lot of time to watch anime between ranch work, babysitting, summer shit, gaming, birthday/holiday parties, yada. lol This last season I watched Isekai Quartet, which was a chibi series with characters from Re:Zero, KonoSuba, Tanya, and Overlord. Was actually pretty funny at times. Other then that, Attack on Titan Season 3 Part 2 has been excellent.

as for your question, i don't really know. there are a few episodes after water temple but it goes to the next arc after that. the series is kinda fast paced, i haven't watched the new arc yet either (i want to binge it later)

necro_dancer Dec 8, 2018 11:02 AM
its great to hear that my post has at least made one more person give the show a chance, the series really deserves some love

i watched it really fast too, its just hard to stop lol

Arimias May 22, 2018 4:41 PM
My current watch list consists of 4 titles at the moment: Hellsing, When They Cry, Lain, and A Place Further Than The Universe. Lain has been the msot interesting and best title so far. Hellsing coming in a second, and the others I'm only 1 episode in, so I can't judge them yet.

Arimias May 20, 2018 10:03 PM
If you're not, then no, I'm sure you wouldn't enjoy it. Especially if you don't like cliche characters and such like that. But it never hurts to give it a try I suppose and see for yourself.

Arimias May 20, 2018 9:42 PM
Miss Kobayashi's Dragon Maid was the last good 'modern' anime I've watched, and it was a comedy with very likable characters. I believe I rated it a 7 because of that. The narrative though is nothing too complex or that interesting, it's just two dragon girls living with Kobayashi along with other dragons in her town. The fan-service was okay for the most part, but a lot of times very over the top, especially with the perverted nature of some of the characters, which I didn't appreciate. Plus they have a cliche of every anime character trait with the dragons: Loli, NEET, Busty airhead, tsundere, etc. I've put this seasonal shows like 'Steins;Gate 0' and 'Tokyo Ghoul:re" on hold for now.

Arimias May 19, 2018 6:19 AM
Thanks! I wouldn't necessarily say I dislike modern anime as a whole, because there has been some good titles I've watched and heard about, the thing is though typically narratives to an anime are getting lazier and lazier as time passes, and it's more about quantity or quality in my eyes. ie) Fan service characters, unfathomable and simple plot-lines to follow, over the top artwork over story, etc.

AngryAlchemist May 19, 2018 12:57 AM
Sorry man. I really tried, but I didn't like what I was seeing. I saw people say that it starts to pick up at episode 9, and sure it did for a few episodes. There was even an episode that was pretty great. But for the most part, it didn't pick up nearly enough. Now supposedly it picks up at episode 20. What next? Just seems like it's a show that's taking a tad long to get there.

The thing is, even when the show gets good, it feels like a shadow of its true potential. I know I've said this before, but the show doesn't give you a reason to care about the characters. Sure, Renton I cared about at first. But then he just became a generic mecha protaganist. As it started to get more and more like Evangelion, I realized something. The only interesting part of the show, is the music, the animation, and the parts ripped from Evangelion. And even those didn't feel well done. There were intersting story beats - like the dream sections - but they all fell flat just based on the fact that connecting through dreams is such a cliche and it was, again, about characters we didn't care about. When the series started, what made Eureka somewhat likeable, was that she was a female character we could look up to. Not as a sister, but as a love interest who was more mature, more capable, and fit in more with Gekkostate. The contrast between her and Renton was pretty good - and it helped that there were occasional moments where she gave a small compliment for Renton to grab onto. It was rewarding as an audience member.

As soon as she becomes less powerful and starts struggling, she falls flat. It's actually sad that such is the case because, really, the idea of the two switching positions is very intriguing. But it doesn't work, and it's mostly because Eureka either didn't have enough development as a character already, or didn't have an interesting enough personality WHILE she was suffering to make up for her previous position. She at least worked as a goal for Renton to look up to, now she's just a whiny Rei.

I will admit that I was pretty interested in where Anemone and her character was going. She seemed like the most original part of the show, because even though you could argue she's like a mix of Asuka and Kaworu, we still didn't have characters THAT loony in Evangelion. And having her be downright opposed to Gekko is interesting. She did seem a little try hard though, again, the dream sequences were mostly just a tepid attempt at meaning. I did like the Jelly seen though haha - I don't know what they were thinking with that? Didn't seem like fanservice.

In general the way the show pulled things off was very awkward though? Like some of the script choices were just odd. There's a part where Renton is a dick to Eureka for no reason? There's a part where Renton tries to make Eureka feel better but says shit that would make people feel worse (and it isn't intentionally done by the show's creators either)? There's that part where the Soldier and Renton finally meet and Renton takes away his driving cell thingy .... the green glowing key ... uh .. I swear I remembered what it was called! Anyways, he takes that away and the soldier shows him his gun and is like "I could just kill you for the key!" and then Renton shows that he ALSO broke off(or it was already broken?) a part of the motorcycle and that he'd have to fix it for him as a way to bribe him to keep him alive and drive him to town to get medicine for Eureka. okay, first of all, why would Renton even steal the key if that was the case ? For a lame comedic gag? Secondly, why wouldn't the soldier just kill Renton the moment he fixes the bike?

It makes even less sense when the soldier is nice the rest of the episode, doesn't report Renton to the authorities, and acts - at most - like an annoyed uncle who's disgruntled with having to daycare his nephew. Yeah, I know it's kind of the point that the Lieutenant isn't a "standard" soldier and goes against orders a lot, but it's still stupid.

Honestly though, more than anything, it has to do with timing. I don't ever drop shows. Ever. But ... I'm just getting back into anime and, I was watching TWO SHOWS at once that both bored me to tears. It wasn't a good relationship to be having with a medium you want to like. So yeah, I'll probably get to it eventually. It just wasn't that great ... despite having a great concept. Sorry :/

AngryAlchemist May 14, 2018 9:58 PM
also personally I find it kind of depressing to see how many Mecha geeks and elitists pick on the show when it basically feels thus far like the outline for gurren lagann, possibly the most beloved mecha show of all time ...

and don't worry man. i'm not really saying it's bad. It's great so far in fact! I just am waiting for it to pick up because TOO much slow character development episodes about "pranks" and pranking is a bit much. (also kind of annoyed the main villain is already being hinted at when they aren't explaining shit)

AngryAlchemist May 14, 2018 9:41 PM
Anyways, as far as the show goes, it's pretty good so far. The first three episodes were actually some of the best introduction episodes i've ever seen for an anime. It was basically Fooly Cooly and Gurren Lagann(well ... before GL) just with slower pacing and more relatable characters.

I can already see where the problem of "filler" is going to come in, though. After the first three episodes every episode has been episodic and ... from a plot perspective ... technically "pointless". It's enjoyable filler (I really liked the episode where they go out shopping and Renton has to try and save Talhon from rapists) and it DOES do a great job of developing the characters, but it still drags a little.

I think if I remember correctly, the context of Eureka Seven was it was made almost entirely for the purposes of making a "franchise" out of it. So really, Eureka was supposed to be an international phenomena with games, movies, tv shows and manga all from the start. It was made as a franchise first and an anime second, the anime was just the first thing to be made. I could be wrong about this, but i'm pretty sure that's the reason why the show is so long (50 episodes for an original anime is pretty crazy). It was to try and market the franchise as much as possible.