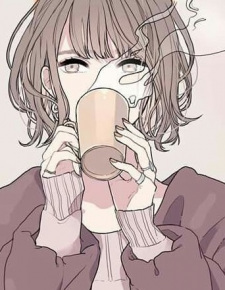 Some of my favorites are Madhouse, Wit Studio, and MAPPA.

I hope you recover quickly! :)

ellie2022 Yesterday, 8:39 AM
No worries, random comments are usually the best, thanks for deciding to drop by ^^
Hahaha "remembers vocaloid", true, they're kind of old news now, aren't they? But even if I don't listen to them as much as before, vocaloid has defined so much of my music tastes and some songs have helped get through life. No way I could leave them behind. Nice to meet someone else who likes them
And thank you~

weltmano Jan 19, 10:48 AM
haha And guaranteed it was, the hangover came quick and strong with some loss of balance, but thankfully no headaches.

My dad has been working from home for a while, and my mom took a break since she has chronic bronchitis.

We definitely dodged the bullet, given the studio's previous track record with CGI, it could have been way worse.
That's probably the best way to go about it.

Darndles Jan 19, 9:49 AM
Wow, I can empathize, as I've pulled some muscles in my legs a few times before.

It's not just you, as I thought the anime adaptation was pretty solid compared to the special which I gave a 3. Even I could tell what issues were present without having read the manga.

Yeah, I spent quite a decent amount of time writing up the explanation for my rating system as well, which you can check out if you're interested here.

Haha, I've only dealt with 3d modeling in an engineering class, which was a blast. I don't recall everything I made or 3d printed, but at one point I made a 3d shuriken, which was pretty cool.

YoukaiFox Jan 19, 5:37 AM
I agree!!! Its fun when every1 who speak to know what u r talking about!!!
Oh yeah me too.I have a friend here who watches a lot of anime.He is the only person I have ever met that has 900+days in both hsi anime and manga list.Props to him for being able to watch so much...I would prolly get tired if I had seen that much anime lool.
Plus he is really generous with ratings too.Give most shows at least a 7...even if its something really really bad...

Oh yes...I wish I had better relations with her..whenever I try to say a joke she lashes out to me...and then complains y I m such an ass to her and y I don't interact with her...
Yes .21 is the age of adulthood.The thing is ..natives over here can work part time when they r 18 but foreigners like me have to be 21 at least...
Eh ??? I had no idea1!!! Over here its considered a beautiful color tho.
Oh wow.that's quite informative!! Didn't know that it had such associations.Its really sad that red heads r seen negatively in ur place tho...I feel bad for those beautiful ppl....
Foxes here r known to be sly too but r generally seen in a positive light. Contradictory I know.

Oh i see...that's unfortunate.But at least ur still happy and that's what matters!!!
I rarely talk with my old friends tooo....I only have 1 irl friend who I talk frequently with now.Prolly cuz she is also my neighbor now and I can easily access her house.

Lmaoooo.I do like trolling ppl with my eyes tho,.Some of the gullible ones even believe that I m possessed or m a satanist lool.
Not that there's anything wrong in being a satanist .1 can worship whoever they want imo.
Yes u definitely will be treated like u r special here :)

Yes..I m not christian but a lot of my friends r and they share the same views like urs.
My family is actually muslim(don't worry.We don't bomb places lool) and they r wayy stricter with romantic relationships.The country where I live,Oman is a muslim country too so if u even kiss in public u will be met with harsh criticisms.
I think its completely normal living with ur bf even without marriage tho.As I mentioned before,I m a realist so I don't really care.

I see I see.That's nice!!!
I m glad that u have found urself~
Sorry if I was being too nosy tho.

Ohh nice!!! Do u like mythology ig too ? Cuz I love myths and have always wanted friends who love them too :)
Yes!!! I agree!!! this is y I love them too~
Yep!! This is y I chose a kitsune as my name after all :)
Lmaooo.That is certainly an interesting story lool.
So ur tiny kiddo brain was a ween too huh ? Noice.
Tbh it does sound japanese now that I think about it.
I see!!! Nice!!
Its a pretty cute name tbh :)

-LoRiSS- Jan 19, 4:21 AM
it's fine as long as you enjoy the time spent watching :D
that's the most important thing

Isaac_Kasukabe Jan 19, 1:19 AM
Ahh, I see. I'm pretty sure Pinterest would have some amazing options if artwork is what you're mostly looking for.
Super thanks, but I do have a problem of being super indecisive....

Ohhh, aromantic, that's not a word I was expecting to meet.
Well, I saw romantic and flirting together with not my cup of tea, so I basically put two and typo together.
I see, we're on the same page. I'm probably detested by society lol


It is a depressing series, I'm glad you enjoyed it nonetheless. It's pretty underrated. As stressful as high school was(not like college though), but I did enjoy it so much. Ahhh, the good old days indeed.

I might have even been admitted.
Honestly, our generation, being as weird and crazy as it is, can be pretty relatable sometimes xD

Well, it wasn't that bad, but it hurt like hell for like a week.
Indeed, hopefully it'll go roughly well, despite my expectations......but oh well.

crybabymc Jan 18, 8:38 PM
I'm doing fine thanks for asking, what about you? I'm watching Aikatsu, have you heard of it? And are you currently watching any good animes?

One of my friends had you added, hopefully you do not mind.

lostinwvnderland Jan 18, 6:06 PM
My parent put me in all types of different stuff. I like to experience new stuff so I always ask my parent to let me take certain stuff.

Oh that’s right. I did read a comment about this season being only the prologue, so let’s hope it’s a definite full 2nd season!


I only watched the 1st season of Psycho Pass because after Kougami’s death, I refused to watch more, lol. However, I’m a bit curious as to what happened onwards, but the lower ratings and opinions from other friends here (as well as my decreased interest in checking the other seasons) make me not want to watch them any soon XD

Also, I noticed we share some likes and dislikes! As for music, what artists or bands do you like? ^^

Hayama-Mizuki Jan 18, 10:14 AM
Oh I haven't played dancing games, but I saw how famous people do it and it looks fun. I'm reading Wikipedia: it got criticized by Metacritic for something. Maybe it's an imperfect version of such games. I know about Ubisoft company BTW :).

I felt uncomfortable only on the first day, then I got used to it. It is bothersome, if you accidentally put your hand with watch under the pillow while sleeping.

Yes, he himself asked me to do it on our previous meeting. We supposed to discuss how we would start living together after I move to his city, but that last time we met he was totally unable to decide anything and he gave up. I wonder how a person can degrade himself like that and lose manliness.

Yes, I know. I remember some old school games were so complicated that me and my brother couldn't finish them at all.

Ah I see, haha. I thought everyone watched it XD It's long, but you don't have to watch the whole series, because, as you can guess, it dropped in quality after some point like all those long-running shows do.

kaitonic Jan 18, 8:56 AM
Well old people get the prioritize and I hope you will keep on fighting not to get depressed on the situation...
All Comments