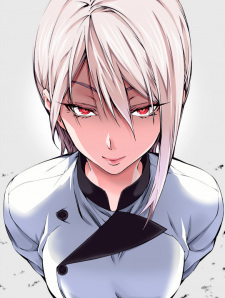 OkamiYukikun Nov 13, 2020 4:29 PM
Wish we had more manga and novels here ,also will be glad to talk about some anime sometimes

OkamiYukikun Nov 13, 2020 4:09 PM
I am that one Drrr fan that wants people to not ignore how crazy the main Mikado is XD .I am tired of people ignoring him or saying someone made him that way when he is just so mess up

Altay545 Sep 20, 2019 6:48 AM
Funny review for Spy x Family happened to read it while updating my stats lol good to see people spreading the love of cool different manga out there.

Shinobihost May 3, 2019 4:13 PM
"The manga world have been dominated by the ISEKAI genre that injects every people with the it's-so-repetitive-I-want-throw-up plot but people still eat and read the shit no matter what."

Factually untrue. Aside from the fact that Isekai on manga are 95% adaptation of light novels, those series sells almost nothing for the most part. The only series which ever surpassed 100k is Tensura Slime an only some even surpass 50k. Aside from that, there was no Isekai boom for manga as magazines aren't trying the genre and neither are mangaka, which is why original isekai manga is small and the genre is irrelevant.

You only have this impression of too much Isekai because translation groups keep picking them to translate all the time instead of hundreds and hundreds of titles from other genres which are on the japanese market and aren't translated, including award winning series. What you said in your review isn't really true on the reality of the japanese manga market.