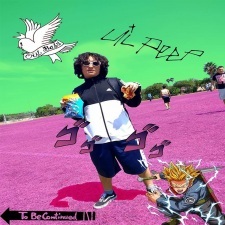 My favourite genre is also shounen and seinen too!

jaedencex Sep 10, 2017 4:05 PM
Wow, thank you that was a really good answer and it helps me a lot!
And the people who watch/read anime and manga are anti-social is also a great observation to put in my report : )

Okay there is a few more, but these ones are just general ones.

1. What are your top 5 or more favourite anime? (or more)

4. What is your favourite genre?

5. Do you watch anime subbed or dubbed?

And that's all the questions and thank you so much, your answers are great!

jaedencex Sep 10, 2017 2:12 AM
1. Okay so basically, i don't know if its like this where you live, but anime in western culture has gained a bad reputation. People make fun of other people who like anime and people basically just generalize anime as a whole. This has lead to many false beliefs that anime is all the same (with opinions of it varying from its all for kids, its strange or there's too much nudity, etc.). This question is asking whether other peoples opinions have affected you in anyway, like are you embarrassed or ashamed to like anime. Also give an opinion on what you think of how anime is viewed is the general world media, through the eyes of people who are not fans. Do you agree with how it is viewed or not.

3. Are there any negatives you feel about Otaku culture?

No no your grammar is fine! Well, it's like this research assignment on studying the behaviours, opinions, views, things people have in common in a particular subculture (A culture within a culture). I chose anime, because I think I could get some very interesting results. This is for study of society (:
It's great because a lot of the answers I've gotten already, have a lot in common with each other. Such as anime has more depth and its more diverse, its aimed at an older audience.

1. Anime had somehow gained this reputation that if you aren’t Japanese, and you watch anime, it’s as if you’re kind of going against morals but not really. Some individuals may view you as strange or weird. What do you think of this and do you feel embarrassed or ashamed for liking anime?

2. Why do you think people feel this way about Japanese animation?

3. Do you think there is a difference between Japanese Animation and Western Animation? Explain why.

These are a little harder, but the most important questions (:

So, I'll send around 3-4 questions a message if you don't?

3. Do you consider yourself an otaku (western definition)?

4. How did you discover anime/manga?

jaedencex Sep 9, 2017 9:23 PM
Hey, this is going to sound weird, but I'm doing an huge assignment on otaku culture in one of my classes and I was wondering if you'd let me ask quite a few questions about otaku culture? I'm interviewing people and I have too their opinion on each question. Thank you (: Get back to me as you can (:

snakepit Nov 17, 2016 8:12 PM
Looks really promising, I'm sure I'll like it! I'm watching HxH for the third time with a friend, but then promised the latter I would watch his show (fairy tail) when we finish. I will try squeeze this one after fairy tail but there are so many other good ones as well... Just the thought that there are other animes that I will likely enjoy as much as Hunter x Hunter is unfathomable