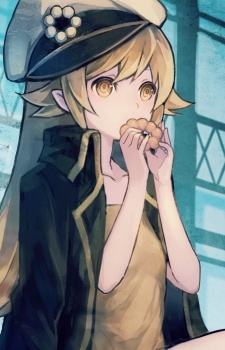 Zoneling Aug 23, 8:17 AM
Thank you for the Mushoku Tensei review, I have to admit I'm dissapointed but I suppose I shouldn't be.

And your review, as well as spoiling myself to the ending in general, confirmed that. It's kind of sad, wasted potential with the premise IMO. He gets a second chance and spends it doing the exact same shit, just to real women instead of 2D lmao, and they just let him get away with it. I was really hoping that he'd stop getting away with it when he wasn't a child any more. Guess not.

Dirthamen May 31, 10:40 AM
I just saw your Mushoku Tensei review. I actually read the LN up to the volume 20 before dropping and i couldn't agree more with you. The way women are portrayed is what upset me most, interesting characters that could have some development stabilizes under Rudeus's wing and die as an actual person. The world building is lazy and honestly there's no real threat.
The ED arc on the magic university and everything related to it is just eye bleeding.

Trollinglane May 2, 7:01 PM
I feel your Mushoku Tensei review is a bit premature. You dropped it before the main antagonist is revealed? How are you qualified to review it? Also, a lot of points you make for its criticism are just wrong, such as Rudeus' strength. He does not "obliterate" his opponents, and the fact that you say that shows you have almost no knowledge of what you are talking about, so anyone considering passing on this series based on his review should take it with a grain of salt, and keep in mind he has only read about half of the material as well.

Bootymonogatari Mar 23, 2:43 AM
I really enjoyed your Mushoku Tensei review! I loved the first season and was looking forward to reading the LN, but wanted to check out what other people's opinions were to sorta gauge if the quality remains the same. Your review was well written and tbh made me laugh in some instances because of how brutally honest you were. It's a shame that it pretty much drops the ball hard but nonetheless I'll probably still read it myself anyways since I'm invested in the characters. I appreciate reviewers like you, thank you.

OttoLannister550 Mar 22, 9:37 AM
Thanks for your Mushoku Tensei review. I was looking for an isekai that focuses on quality dialogues as well deep and complex story; basically something like Re:Zero. Judging from your review, it seems MT is not for me

n_n1889 Mar 18, 9:59 AM
Some of the people below me are so fucking stupid and should shut up. You people probably only looked at the score and didn't even read his explanation. Like he CLEARLY STATED to give some GOOD ARGUMENTS. The people with the shitty hate comments are really fetuses. Worse thing is that its just flat accusations/hate comments. You people literally didn't even include any evidence. Last of all this man has a good review style even if he has not so good taste in anime but his reviews are calm/civil unlike the bullshit comments under than me.

MaikaAsh Mar 7, 1:22 AM
I know that peoples opinions are their own but yours are hella wrong, I'm not going to go into mushoku tensei but you fucken gave akame ga kill a 3 A THREE and you havent even watched FOUR FUCKEN episodes. GET RID OF YOUR ACCOUNT BECAUSE IF YOUR REVIEWS ARE REAL THEN YOUR literal dog water

Saga22 Feb 21, 10:31 AM
Good review about Mushoku Tensei. Regretfully the anime community have many virgins incels who adore this type of poorly written media, so is nice that sometimes someone says the truths behind their adored, pitiful fantasies.

Genix Feb 19, 4:27 PM
Just came to criticize u about ur woke comment on the Mushoku Tensei review you made. While you're entitled to your personal views, don't push them on others as some people really are fed up with this whole Woke-ism thing being shoved down their throats, myself included. When the target audience is Seinen, young men in general, they don't tend to care about Woke and what some Western vocal, feminist folk on social media have to say. If you really hate it, then stop consuming works directed at men, trying to impose your social norms on them, and just stick to Josei or Shojo stuff and bring your Woke-ism in there, if you must. Just my two cents.

bacontrarian Feb 9, 11:37 PM
Thank you so much for the Mushoku Tensei review. I watched the first couple of episodes and it seemed promising but now you've saved me a ton of time.

aurel1510 Feb 9, 7:38 AM
Mushoku doesn't seem to be a wish-fulfillment so far, I've read the officially translated 9 volumes and he's been having quite a few hard times, too. Although I don't seem to like Rudeus in all of his aspects, he's not entirely a bad person and supposedly he'll grow eventually. In any case, hope Sylphie won't be hurt too much in the future.. And about wish-fulfillment, I don't know what's so wrong about it, that's exactly what all the fairytales used to be and usually are, right?
All Comments