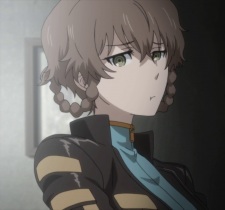 Tannhauser Jul 11, 7:08 AM
Your attitude towards climbing in ranked is pretty much like my own. Unless you're earning money or anything else of value there's little to no merit in going up. There are also many people who believe the higher you go the better quality their games become (less 'toxic', 'unskilled' people, etc.), but from my experience nothing really changes. I've been getting leavers and trolls in every elo and mentality players have is the same, the only thing that changes is that teammates and opponents alike get better at micro and macro play.
I don't know what role is currently considered to be the strongest, but when I've been playing "seriously" it was playing with your duo on mid and jungle, ha-ha... I don't think it's too easy to abuse anything to go up, or else what's preventing gold players from reaching diamond this way, for example? But personally, I never really cared about the meta. My main ADC used to be Ashe even prior her rework, lol. Some of my teammates were seething with anger when I picked her before Riot changed her kit.

Tannhauser Jul 6, 11:42 AM
But at the very least she is pleasant to look at and listen to. I used to play since season 2, but had to stop after hitting diamond because there's no way I could climb higher than that. Now my issue with the game is its aesthetics, I wouldn't mind playing in bronze or whatever, but the fact that there's is only ONE champion I find attractive doesn't motivate me at all and other MOBAs aren't any better... Sigh, I'd love to have a game like League but with character design similar to Asian mobile games. What do you think?

Tannhauser Jul 6, 7:02 AM
If only League had more champions like Ahri, maybe then it would become playable.

you care for the industry ,♥

ace_san Jun 20, 7:32 AM
i see,but not every anime needs a boost the rating system on MAL is cumulative so it depends entirely on a group opinion not a single person's opinion , i also like to boost series depending on initial thoughts and basic ideas of the shows like creativity,Art Style,etc

ace_san Jun 13, 7:05 PM
Hi,Bro
you give a lot of 10 anyway it 's ok if your 're pleased with this,but i think selection in rating system is a must ,like 99% of anime shows are good as you said ,but each in its own so you can't judge it by giving it all 10 ,not everything is equal

SpeedRoidGenm Apr 21, 10:56 AM
I understand. I hardly care about going out since my annoying grandmother doesn't ever shut up ruins my motivation. But when leaves i can go out.

do you know how much i don't quality i never got achive in the 2010s? Alot of potential. Everyone else was having a blast being a prick while i hardly had any cash and never got reasons to move onwards. That was like a trauma

SpeedRoidGenm Apr 21, 1:05 AM
I WANT THIS pandemic to over already because i have no reason to go outside unless it's grocery shopping.

SpeedRoidGenm Apr 20, 2:30 PM
I'm bored and angry at the virus for taking away our quality.