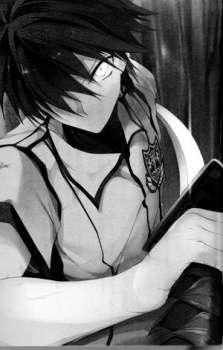 Mankind is on the brink of destruction from an outside force , Attack on Titan the ones who do the destruction are of course the titans and in Aldnoah Zero are martians . The OST is similar from what I could hear / see .

Romantic comedy on both sides that is played out very well . Unique , better said strange characters , though in Chuunibyou we don't have an ' M ' individual . The male MC is almost normal on both sides .

The most obvious similarity between these two is that the MC finds himself a badass over night . There are other similarity besides the main one , both have some sort of harem ( In Campione its a legitimate one , but in Tokyo Ravens its a pseudo one . ) and both have one main heroine .

How are they similar ? Hmm , lets see : Survival - Check Bad Ass + Gloomy + Game Addicted MC - Check Hot Girl - Check They Need A Second Season - Check And for all those who say that SAO isn't similar to this because it's a harem-ish anime in disguise , i can't agree with them , after all the guy ' selected ' his girl .