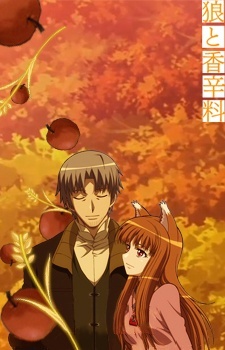 For me, each 24 minute episode seems to only last about 10 minutes.

There is a 'prequel': https://myanimelist.net/anime/32902/Mahoutsukai_no_Yome__Hoshi_Matsu_Hito
It's a bit odd in that it doesn't really follow the manga, but I suspect watching the 24 ep series without any background might be a bit confusing.

Cratex Sep 30, 2017 8:12 AM
Ah! You might want to look for Kobayashi-san Chi no Maid Dragon OVA. I stumbled across it on youtube a few days ago.

Cratex Sep 30, 2017 7:50 AM
I don't believe I've watched anything that JJ Abrams has been associated with (looking at the wiki entry for him).

Cratex Sep 15, 2017 8:09 PM
->Legendary Film's Godzilla
hah, I wasn't even aware that such a version existed. With my son we watched the 1998/Dean Devlin version about 5 years ago maybe. I wasn't impressed.

Cratex Sep 12, 2017 5:31 PM
LOL - with your comments about (mis)casting somehow I started thinking about one of the prime examples of that - The Conqueror. How Wayne ever got that part defies belief :D

Well, it's actually fairly close to the manga. It's hard to describe, but "stiff" comes to mind. It's like the voice actors can't find their pace, but the problem is the source manga has the same problem. In a lot of ways it's an interesting story, but it's also disjointed, often with 180 degree turns that can be jarring. The author definitely has an ax to grind, so for several chapters it will be mostly CGDCT, and then suddenly it's about completely unrelated events elsewhere in the world or even in the past that are very ugly things you would NEVER see in a CGDCT type of story. But even when it is just about the main characters in their everyday lives, there is a very edgy dark tone to the world background. It's interesting, but the flow is very turbulent.

The part where I lost it was, actually, about how the main character Himeno and her niece somehow gets shunted off either to the distant past or a parallel world. And she more or less completely changes her personality, and somehow becomes larger than life. For a while I assumed it was a dream sequence, but it went on for maybe 12 chapters. Himeno is not my favorite character in the story to begin with, and with no end in site to that story arc I just didn't want to keep reading. The anime definitely won't get that far into the manga.

I did add Mahoujin Guruguru to my queue. However, a few months ago I somehow got involved with a self-made programming project that was originally just a vehicle to teach myself some new features but seemed to take on a life of its own. It doesn't help that I tend to get absorbed into these sort of things when the 'muse' takes an interest in me. I'm pretty much wrapping it up, so I may have more "free time" here soon.

Ugh. Yeah, time travel is an instant negative for me as well. Body swapping depends upon how it is handled in the story, though to be honest I wouldn't be able to say what causes me to like one and not another.

Looking at my scores for movies (using http://graph.anime.plus/Cratex/favorites,anime), it seems my scores are all over the place, so it doesn't look I have any particular bias that way. Actually, I had an interesting discussion at work when the Ghost In the Shell live action movie came out. I'm really open about that I watch anime as a hobby so when several people in our work area were discussing going to see it, someone basically said to me "I assume you're going to watch it?" I replied I had watched Stand Alone Complex, nearly 9 hours of a really good story, so why would I want to watch the "cliff notes" version? :)

Cratex Aug 20, 2017 6:09 PM
I actually have a version I downloaded last December, but I've not gotten around to watching it. It's not that I have anything against body-swapping type stories, but for some reason I've not mustered up the interest to sit and watch it.

I'm not sure why, but for some reason I've fallen into a slump - so little airing this season that interests me, but I'm having trouble finding the time to watch any of my backlog.

I also appreciated that the ending was *not* an ending. From my own experience, this sort of thing never goes away, and sometimes may even get worse. My issues are very different from Nagata-san's, but I can still feel her pain.

->reading about her problems.

Hopefully - if nothing else - she gets the impression she wasn't just throwing words on a wall to see if they stuck.

I thought it was really well done. I hope she decides that writing about it was worth the effort.

I keep meaning to watch Yuri on Ice. I need to get around to it. I'm really disappointed with this season of anime. Strangely, while I have a huge backlog of things I want to watch, I got involved in a project of one of my other hobbies and Ive managed to fill my time with that.

Cratex Aug 1, 2017 7:16 PM
->You'll have to let me know what you think about My Lesbian Experience with Loneliness.

I'm most of the way through it. It's been hard to read, as there is so much pain on each page.

I'm considering picking up Welcome to the ballroom, I'm just not sure it would be something I'd be interested in.

You'd think given how anime (and manga) has never been shy of tackling social issues, you'd expect most anime 'fans' to be more open minded than most. Sadly, that's not the case. Last year I showed the first 2 episodes of Hourou Musuko (Wandering Son) at a lunch anime club at work and it was very well received. Though, the place I work is known for fostering inclusion and diversity.

->It felt like they could have told the story without the underage girl creeping
I always felt if the undertones had not been included it would have been a really good story.

I think the expected air date for the 3rd Magus Bride OVA is September. But...what the hell! The start date for the TV series is July 2nd!!! "I Want My Maypo"

Oh, the chat in one of the forums says the air date is still October, but the first episode was shown at anime expo.

Cratex Jul 10, 2017 5:57 PM
Tenshi no 3P ep 1 - there were a few things that were 'wrong' (not the least of which the playing skills of three grade-schoolers). However, I think the subtitle translator 'assumed' to much or purposely mistranslated what the one girl said at the very end to cause considerable misunderstanding on the part of those relying on the subtitles.
To me her last sentence did not contain any pronouns and certainly could have been referring to the rare vintage guitar she was holding that he had made a fuss over earlier.

ちょっとだってなの...さわってもいいわよ I think is what she said and that translates literally as: "just(?) a little, touch is okay"

Cratex Jul 10, 2017 1:51 PM
->six more episodes of Girls und Panzer
I've not yet watched the movie(s?). Somewhat lost interest after the Anzio threw the reality out the window.

I just finished Ancient Magus' Bride volume 7. The author is mean! He has a habit of ending a volume with these frustrating cliff-hangers!

Tenshi no 3P appeared on several streaming sites. The brief description set off alarm bells. Checking the episode forum where I saw several screen shots I was thinking "these characters look a lot like..." - sure enough, it comes from the same person who made Ro-Kyu-Bu. I'll check it out, since the basic story interests me ... and despite the over-tones Ro-Kyu-Bu wasn't bad.