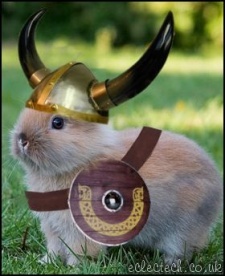 infiltrate Mar 10, 2009 2:13 PM
Actually, I was interested in seeing the anime you recommended to me, so I'll more than likely check it out. :D Thank you - I had forgotten the name of this anime. ^^

DeadIEnd Dec 8, 2008 8:33 PM
Wait, didn't he say he had a psychology degree and a Japanese language degree too?

What a man. A MAN OF THE WORLD ON A WORDLY SCALE.

I never really did pay attention to the pictures in his profile outside of the Jade Curtiss banners and pictures... but If you look closely enough, all these pictures are from obviously well known mythologies and cool fictional stuff (That "mysterious and cool thing" fetish that he has going on).

The first Sumerian-like picture that he describes as himself is titled "enki.jpg".

Now if you do a search in wiki:
http://en.wikipedia.org/wiki/Enki

Now if we add that Necronomicon stuff HP Lovecraft and the Cthulhu Mythos and the Sumerian mythology, unknown pentagram-like symbol (I'm not sure about that part) and Jade Curtiss the necromancer what do we get?

Conclusion:
I think that he just searched for random images in Google with an AWESOME FACTOR.

Not sure about Jade Curtiss though.

I heard about these amusing rumors of apocalypse in 2012 here and there, saying that a third world war or some meteorite or I don't know what else will end the world, but I never knew about the original Mayan source, which now gives a bit more sense to these rumors.

Suicide cults sure will get their hands busy in 2012. Can't say I'm really looking forward to it though.

About angel999's "MY LORD IS COMING! 2012!" - Talking about "HIS LORD" is what confused me, because it just looked like he's spouting some "cool random mysterious bullshit" with no background to it whatsoever, but it still bugged me.

Now I know that he did spout "cool mysterious bullshit", only with a perfectly good background to back it up.

infiltrate Nov 20, 2008 8:10 AM
For me, if the animation isn't up to par with my standards, that can make me give it a lower rating. I guess I should take in to account how good the storyline is though. XD

infiltrate Nov 19, 2008 11:22 AM
I would have also considered bumping up the rating I originally gave Higurashi, but the art for the first season was just awful.

infiltrate Nov 11, 2008 9:12 PM
That's a really creative and great idea! I never even thought of doing something like that before. As soon as I saw what you wrote, I opened up Wordpad and wrote down a few things I think may happen.

infiltrate Nov 10, 2008 1:11 AM
I'm definitely wondering how the manga will play out in terms of the ending, because the manga hasn't ended yet and I was only very, very slightly disappointed with the anime's ending. All in all though it was one of the best anime I've ever seen.