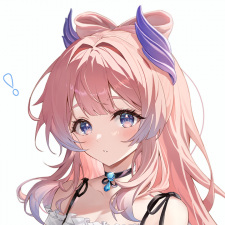 Hope this year is better than the last 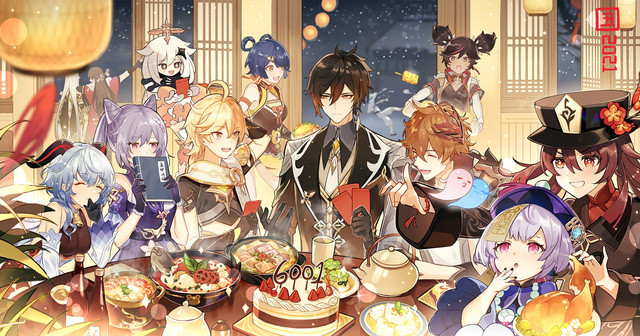 sumomaya Nov 13, 2020 6:32 AM
What's Genshin Impact if you don't mind me asking.
Im doing okay. It's finally friday so at least I don't have school for two days lol.

Lolsebca Oct 13, 2020 1:30 AM
I'm a sucker for comedy and lighter moods. While I do appreciate almost every genre, the one that strikes my heart the most is comedy. But I guess examples speak more than words when it comes to genres. Something like Maoujou de Oyasumi, Sansha Sanyou, almost like BNA, Machikado Mazoku, No Game No Life and KonoSuba. When the comedy doesn't care about striking sensible chords (NGNL with sexuality, with mental breakdown, with gambling; Machikado Mazoku and Sansha Sanyou about life in poverty).
Especially when it gets chaotic, like in Maoujou de Oyasumi and KonoSuba; but to a lesser degree BNA. I also think of One Punch Man in this chaotic subgroup.
But when the comedy remains wholesome, doesn't draw disgust on our faces. It excludes Panty and Stocking with Garterbelt, Inferno Cop and Redline. When the main colors are pastel (but when the pacing is not made to make you sleep, like in Beelzebub-jou).

The two main criteria by which I judge an anime are visual: coloration; and pacing. If the colors are dull, I will like it less than, say, brighter tones. Compare Naruto and Hunter X Hunter: both are fighting shounen, both are about adventures, both deepen their viewers' experience of their body (a minor spoil, but chakra has its equivalent in Hunter X Hunter), both have comedy and heart-wrenching moments, but Hunter X Hunter has a lighter mood overall, and I think it's due to its color palette. (Also I like Hunter X Hunter's pacing better. A good test to know why: I binged HxH, and it's been a while I haven't considered watching Naruto.) Thus I rate Naruto 7, and Hunter X Hunter 10.
And I also seem to enjoy the subgenre of idol anime, being a Love Live! fan, having liked Zombieland Saga and Backdoll Street Girls... The mood must help, because the audio of an anime is probably the third thing I judge after coloration and pacing. It's like in movies when there's a music montage: to distanciate the viewer from a normal pacing, you show a montage with music, that is relevant but external to the reality you were exposed before, and it helps to make a break in the fabric of time. Thus giving another breath to the show, starting as if anew after you are tired from concentrating on it for like 45 minutes. (I think there's one in the KonoSuba movie?, but there's assuredly one in Your Name.)

Lolsebca Oct 11, 2020 8:24 AM
Hey, I needed to thank you for compiling the episodes of Uranai Kyokou on the 1st episode's thread. This helped me.

Other than that, I wanted to ask, are you the criticizing type of anime fans? Because you've got so many reviews I think the question needs not to be asked, but still.
And, as your favorite genres include magical, supernatural, drama... I wonder, do you think it is close to the role of fiction to tackle the "extraordinary"?

fiogurt Sep 28, 2020 7:24 AM
I actually agree with most of what you've said, and I think that Climax is the weakest season of Oregairu. Here's why:

I think the inherent problem of Oregairu Kan lies in the disproportionate diplay of tragedy and sadness between Yukino and Yui. Every other episode we got in-your-face scenes of Yui's anguish, but Yukino's getting hardly any screen time. I think at this point it's no longer a debate that Studio feel has an inherent bias toward Yui, and it has skewed the narrative to Yukino's detriment.

The problem with the unequal focus on Yukino and Yui's romantic problems is that it's so much easier for viewer to dismiss Yukino's feelings because she's a character that appears stoic, aloof, and devoid of emotions. Even if this is true, it wasn't fair that Yui was front and center for almost all of Climax. As much as I adore Yui, so much of her screentime ended up bogging down the narrative because it felt like she couldn't step out her vicious cycle of hopelessly longing for Hachiman. Though valid, her inner conflict simply dragged on for so long when they could have provided more context on Yukino's decision to stay away from Hachiman, or portraying the prom fallout.

The bridge confession scene was the best moment in the season, and ep 11 gets a solid 10/10 for me. The confession didn't feel abrupt by any means, but Hachiyuki just lacked the proper build-up before they got to that point. And it just felt so strange suddenly hearing Hachiman's internal monologue in ep 11 "Yuki looks so fuckin adorable in twintails!!!" when we never heard his thoughts about Yukino prior to the bridge scene.

But for what it's worth, it was a great show that warrants a lower scale 8/10 in my opinion. But it fell flat of my expectations after watching Zoku.

fiogurt Sep 27, 2020 8:23 AM
Hello! Just wondering, have you caught up with Oregairu? What're your thoughts on Climax in general?