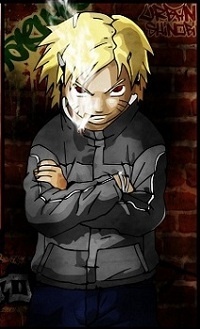 JVskunkape May 22, 2019 11:46 AM
Yeah man it's not set in stone yet but we're thinking about it, I'll let you know when/if we decide to go! I'm from East London in the U.K. but I have family all over and am pretty well traveled, but am yet to see Norway! It does sound beautiful!

I hope you meet someone else, sure there will be plenty of cool girls at your concert, I've never been the best at finding love though (it's always found me haha). I feel like when you're doing the things you love and having fun with it, you can't help but bump into likeminded people!

Me and two friends went into central london to hit up a few comic stores today and I honestly had such a good day. I prefer that kind of socialising now, I'm trying to cut back on my drinking for my health tbh, even though I'm still young I got pretty bad with drinking at one point as was basically a borderline alcoholic lol. Kind glad I stopped before it got too serious. Are you into comics at all? Have you got any local comic stores?

Really glad you're enjoying Saiki, probably my favourite show from what I've watched recently, had a blast with it. Please keep me updated on what you think of it, would love to hear your final verdict!

JVskunkape May 21, 2019 1:24 PM
Ah damn, I really liked the art style and personally didn't see anything bad about the animation. Are you sure you're not getting it confused with Re:cyborg or Call of Justice as those are also on netflix but it has that ass CG animation (there's a shitload of different cyborg 009 series). Maybe check out Devilman Crybaby first, and if you like that consider 009 vs Devilman.

Yeah OPM is great! Despite the hate I've really been enjoying S2 as well.

Sorry to hear about your break up but sounds like you're doing better and the travelling sounds awesome! I did get some cool stuff and saw lots of cool shit, it gave me a new appreciation for Manga as although I liked it before, I was always way more into Anime. After the trip I came back really wanting to get into Manga more and I've been reading more ever since.

That's mad man, my gf was actually speaking about wanting to go Norway for our next holiday, she wanted to see the Northern Lights, go dog sledding haha as well as snowboarding. I thought it sounded awesome! The exact name of the place escapes me atm, I'll find out where it is and let you know (I think it began with a T).

Sounds great man, PE are good live! I hadn't heard of the tour but like I said, kind of stopped going concerts a couple years ago. I did get quiet a few under my belt before retiring :P I'm a bit more of a recluse these days and I only keep in touch with close friends, I rarely even go bars or clubs. I mostly stick to local pubs or chilling at a mate's place, I'll go to house party if there's one on, but other than that I mostly stay home and game or watch anime (not as "cool" as I once was, but I'm happy with that haha).

Ah glad you did like it and I'm also keeping up with all those. What you been playing and where you been traveling? I actually managed to get to Japan for a few weeks with my gf since we last spoke :)) was amazing. Good to have you back man!

Nice man! Sick line up, I've seen Wu and PE live but never De La Soul or Prem, some mates of mine saw Prem but I unfortunately missed out. I haven't been to any concerts in ages tho haha.

JVskunkape May 9, 2019 5:50 PM
oiii welcome back bro. You not been watching OPM S2? I just finished Tenjou Tenge and really liked that but I see you didn't think too highly of it :P

Sure I do! I've recently watched Saiki Kusuo no Ψ-nan which blew me away, didn't expect to end up loving the series as much as I do. It recently concluded and the whole show is on netflix if you have it. I also think you'd like Cyborg 009 vs Devilman which is also on Netflix as well as the new Devilman : Crybaby which you've probably already heard of.

And I'm great man, how about yourself?

JVskunkape Feb 14, 2016 5:24 PM
Oh sad that you didn't like Air Gear, but like I said even though it's one of my favourites it's quite clear to me it's not for everyone. I see why some people might not like it or at least not think as highly of it as I do.

Your second comment is so weirdly coincidental it's abit scary! ahahaha

I had just finished the latest Naruto filler when I came to check this site, it's really annoying me as well tbh and I normally tolerate the Naruto fillers lol but this Jiraiya scrolls one just makes zero sense and had quite a few parts that have annoyed me.

I know that in itself isn't a huge coincidence but I'd also been re-watching some of Bleach lately with my older brother! When I tried to watch it on my own I only got to like 30ish I think, and decided to drop it as I watch a lot of anime and decided it was taking up too much time and didn't entertain me enough to merit continuing to watch. But they have the first bunch of seasons on Netflix now and my bro does watch anime sometimes but not like me if you know what I mean ahaha so I decided to watch it with him while he watched it on Netflix. We did get through the Soul Society arc and I must say I did really enjoy it at that part. Annoyingly they don't have after that on Netflix and I think my bro started to watch the rest on his computer so I guess if I wanna finish it I'd have to do the same. But I have so many anime on the go ATM, maybe I'll just wait til it's up on Netflix, I haven't decided yet.

Just looked at the MAL page of Boku dake ga Inai Machi and honestly my first thoughts were: wow! It actually sounds so interesting and like something I'd enjoy, I'll defo check it out ASAP bro. Will let you know once I have.

JVskunkape Dec 28, 2015 9:59 PM
Sorry for the super late reply bro, I would say One Punch Man but I can see you've already watched that one! I must say it's the one I've enjoyed most out of all the recent anime series I've seen. Apparently the manga's meant to be really good as well, gonna hopefully check that out soon.

I'd say check out Air Gear it's always been one of my favourites, it's not for everyone so I can't guarantee you'll like it, but what anime series is?? aha. It's defo worth checking out I think, let me know if you do.

JVskunkape Oct 12, 2013 5:13 PM
All those artists are hard, dunno who Necro is though? Only newschool heads I rate are Pro Era, Blu & Exile, Cannibal Ox, Ab-soul, Mellowhype, Earl, Mike G. But I like tons of Oldschool artists man gotta love Biggie, 2pac, Proof, Big L, Outkast, Dilla, Souls Of Mischief, Gravediggaz, The Roots, OGC, DITC, Naughty By Nature, NWA, Nas, Jaylib haha I like a lot more but feel like I've named way too many peeps already but they're all sick! I also like UK Hip Hop dunno if you would heard any but Jehst, Mic Righteous, Lowkey and Logic to say the least put it on for England! Definitely prefer Underground but some people who make it mainstream have some real talent shame most sell out and start to make bullish*t like Eminem. Afro Samurai is live Anime, See we have Naruto in common I just started that because I heard it's good and that shippuuden is really good so I'm currently watching that and so far I think I like it :P Just checked the animes we have in common and must say good taste, can't believe you haven't seen Akira, you have to check that, iconic movie! Have any recommendations or a particularly good anime I haven't got on my list?

JVskunkape Oct 9, 2013 3:08 PM
anime and hip hop <3 wouldn't say they're related in any way but they defo go well together. What other hip hop artists you like?

Samurai_MC Nov 23, 2010 3:16 PM
thing i've noticed about that album, is that people either loved it or hated it. it was 1 of only 3 albums that came out in 2009 that i could listen to from start to finish and like every song. i guess you have a to be the fan of Raekwon and Wu-Tang that i am, because i understood Rae's choice in production and what exactly he was looking for when making this album. it was everything i expected and more. it was an instant classic to me.