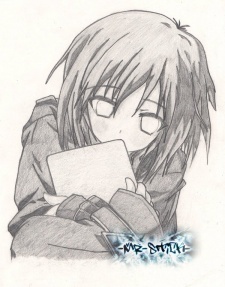 Hey everyone :) the club has been dead for a couple of months but not anymore...iCards is now ACTIVE again!! WooHOO!

Not to mention but now we have OFFICIAL CLUB BADGES so request one today!

There will be a card CONTEST very soon so look out for that :)

Until next time..stay true to the club & take care :)

This is a quickie.

Those are AnXI and DL8 speakin'.

Juuuuust letting you our club is officially ON BUSINESS.

The newsletters are sent from time to time very randomly,but it would be nice if you are active in the club.We give rewards to active members,and who knows,if you are likeable to us,you may become the member of the month and have a very special and awesome surprise....:]

Those are your favorite pervs,singing out! ;3
All Comments