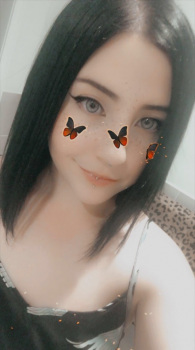 Wys_ Nov 11, 6:36 AM
You know what? That is very true! + Your favourites could be changed over time XDD.
IT IS AMAZING!! I want to try play some of the modded maps at some point! Lost Planet is more action paced i think. It's casual but fun. The 2nd one is the best.
HAHAHA OMG YES!! That feeling when you spent most of your hours building bases instead of ACTUALLY PLAYING THE STORY xDD.

Did you....build an automatic chicken/cooker?????????? XDDD
OOOO that sounds so amazing!!!! I sometimes play creative yes, but i love playing survival more because it's exciting i think. Anything could happen XD.

HAHAHAHA, the footsteps is what gets me XDD. While i got the game for the xbox, i did manage to also get it for free on Epic games too XDD.
Have you ever encountered any glitches or bugs?

Yea it can be a bit slow at some parts/arcs but it was still enjoyable. Also yes but it's nothing new, we got Ash from Pokemon for example XDDDDD.

Still a nice way to spend your time :D. HAHAHA, but what if you played a new game and that becomes your new favourite? That means you would have to keep updating it XDDD. Oh man, where do i begin to recommend. Theres so much to choose. XDDD
Have you played Left 4 Dead 2? Actually, one of my favourites is Lost Planet 2, though idk if it's only for the Xbox 360 T-T. But yea, i can think of those 2 for now XD.
HOLY HELL, so many hours!!! I probably played like........20 hours or something. I think i played more of Fallout 4 than Skyrim. I just liked the base building and stuff XDDD.
OMG SAME!! To this day, i still am complete rubbish at using redstone XDD. But i feel my my building skills are kinda better XD. What was the worst and craziest thing you built?
I actually had a lot of fun with Alien Isolation!! The robots always get me when they speak and how they walk. I think it would have been cooler if we got to see more of the face hugger in action, because they only appereard for like 10-15 mins of the entire game, maybe less. I remember i encountered this one bug/glitch that i was hiding from the Alien in the locker, and it just stood in front of it....like forever, so i couldn't carry on with the game XDDDD. My only option was to walk into it and die XDD.

IKR!! Actually i think it was when i started (or finished) Hunter x Hunter. I told my friend about Attack on Titan one day and then he recommend me HxH. So i think that's what really got me hooked into it. :D

Wys_ Nov 5, 9:27 AM
You are most welcome and thank you!!! I think it needs a tiny bit of updating but it's alright i'd say. XD
OH DAMM!!! Ok now im curious to see what you would rate it when you get the chance. Also that must be a pain having to add all the shows you watched T-T.

Holy hell that's a lot of top games, and that's like the tip of the iceberg for you XDDD.
From your list, i have played The Evil Withing (1 only), Alien Isolation, Resident Evil Bio Hazard (I also played 6 which was only fun with co op and revelations 2), Borderlands (1 and 2. I have 3 but i havent started yet), Skyrim (but not very far i think), Minecraft (love it. Played it for YEARRRRRS) and Halo (CE, 3, 4, 5 and sometimes the Infinite multiplayer).
By all means, you could tell me the whole list if you wish XDDD. I don't care if it fills the whole comment page XDDD.

That's so cool!!! You started a bit earlier than me. Yea i get ya, though sometimes i feel like if i watch the anime, idk if i would ever want to start the manga. But i have so X).

I started anime in 2017 and manga a year later. So i was.... 18-19 years old when i started.
First anime was Attack on Titan and my first manga was Doubt. (An odd choice to start with and idk why i picked it XD).

I also love a good horror anime/manga!! I would recommend Shiki!! It's one of my favourites! :3
What kind of games do you play? :O
When did you first get into anime and manga?
How have you been this week? :)

Doing good I guess. Anything interesting going on for you? ¬‿¬