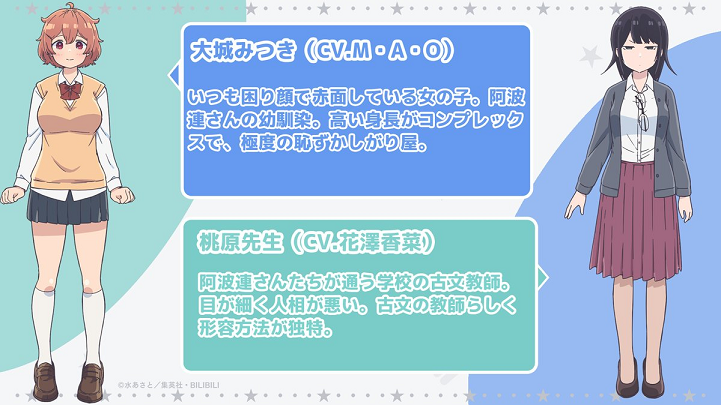 The official website of the television anime adaptation of Asato Mizu's Aharen-san wa Hakarenai (Aharen is Unfathomable) manga revealed a pair of additional cast and the first key visual (pictured) on Sunday. The anime is scheduled to premiere in Spring 2022. 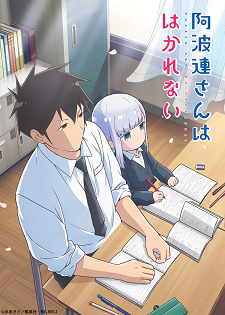 Synopsis
Reina Aharen, a small and cute student with a quiet voice, is quite bad at determining distance and personal space. Sometimes she's inches away from your face, and at other times, miles too far! The only one who tries to understand her antics is Raidou Matsuboshi, who is seated beside her in class. He has a menacing face, but in reality, he is a kind boy with an imagination that can run wild at times.

Aharen-san wa Hakarenai follows the peculiar pair as their odd friendship starts to blossom when Raidou picks up Aharen's eraser for her. She misinterprets his gesture and now believes them to be best friends, showing how the simplest of things can prove to be the most complicated of challenges for them. [Written by MAL Rewrite]

The manga is one of the best comedy's ive read, so hyped for this show!

My Japanese VA waifu is in this....Definitely have to watch this now

Looks promising liking the characters from what I read in the manga. The anime seems good basing from a teaser and few KVs. The casting are good too

the key visual is the cutest thing i've ever seen

Been reading the manga and I am excited for the hilarious duo.

plus sensei is voiced by HanaKana, I can imagine and hear her voices now while reading.

Oh no
Another waifu bait anime with cute quirky girl