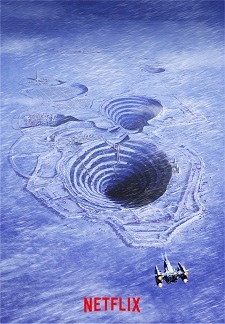 Global streaming platform Netflix announced an original anime film titled Make My Day on Thursday during the fourth day of the Netflix Geeked event. The event also announced the main staff and a teaser visual (pictured).

Synopsis
On a cold planet of ice and snow, mysterious creatures suddenly have appeared from the dark underground and have begun to attack the inhabitants. Can humanity survive the terror lurking beyond the horizon? (Source: Netflix)

Netflix announced last February that they were partnering with six Japanese creators to develop new anime originals, including Ohtagaki.

looks decent, almost like terra for mars, I also thought of this when I saw the title

this will either be great or garbage. I sure hope it will be great classic sci-fi/horror/action but its netflix original so its likely meh. Story has potential but the director has no experience so maybe we get lucky.

Bit of a mediocre premise but some alright staff and promo art.

Definitely a "wait and see" title.

Oh man, if Ohtagaki is writing the story, then I will ABSOLUTELY be watching it.

That's a lot in a row