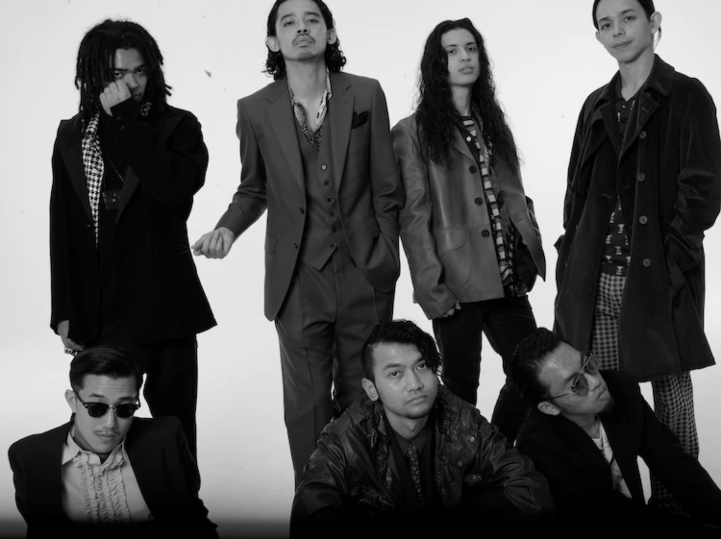 Tokyo-based multinational funk band Alien Liberty International (ALI) announced on Friday that they are entering an indefinite hiatus. The news comes after the two arrests and indictment of the band's drummer Kahadio (born Kadio Shirai). The band's management has rescinded its contract with Kahadio, effectively dismissing him from the band.

On April 4, the Tokyo Metropolitan Police Department arrested Kahadio for participating in a refund scam. He was arrested again on April 23 for another fraud case. The April 23 incident involved him and his friends calling an elderly woman and offering her a refund for medical expenses in exchange for her transferring 2.31 million yen (approx. US$21,000) to a bank account.

ALI made its major debut with the single "Wild Side" in 2019, the opening theme for the first season of Beastars. The band also performed the first ending theme of Jujutsu Kaisen, "Lost in Paradise."

ALI was booked to perform the opening theme for Subarashiki Kono Sekai The Animation (The World Ends with You The Animation) television anime "TEENAGE CITY RIOT" before Kahadio's first arrest. The anime subsequently replaced its opening theme.

This makes me so mad, why did the drummer have to go and do that, especially ONE FUCKING DAY BEFORE THE PREMIERE OF TWEWY??? I hope they find a replacement for him soon.

It'd be funny if ALI returns from hiatus sooner than HxH.

They were doing great these past few years. It's soo sadd.

From an international phenomenon to the butt of scams, such a shame.

fullmetalpower said:
couldnt they just replace the drummer
I'd imagine that's why they're going on hiatus rather than straight up disbanding. You can't exactly play the kind of music ALI makes without a drummer, so they need to take time off from performing and making music (a.k.a. a hiatus) to look for a replacement.

couldnt they just replace the drummer

Etherius_ZS said:
PirateHasan said:
I really like 'Better Days', it's amazing. The singer certainly gives some Freddie Mercury vibes. Hope they return soon!
+1 to this. Better Days is my favortie among their songs. Hopefully, they will return soon. Too bad, they deleted all their videos on youtube.
Seriously!
I love that song more than Lost in Paradise and Wild Side. Why did they have to delete the channel ._.

Did he scam before or after the bands success. Either way is bad obviously but like if he did it after thats supeeeeeeer stupid

Yeah it's a shame this happened.

It is sad that the whole band had to suffer because pf that damned scamming drummer. They even removed their songs from Spotify. There is no jjk ending on it now. And many other songs that they released last year. Possibly, they want to remove any association they had with the drummer.

Well fuck. They are currently one of favourite bands and this happens. Oh well, that mf deserved it.

PirateHasan said:
I really like 'Better Days', it's amazing. The singer certainly gives some Freddie Mercury vibes. Hope they return soon!
+1 to this. Better Days is my favortie among their songs. Hopefully, they will return soon. Too bad, they deleted all their videos on youtube.

BROOOOOOOOO!
why would you get yourself that much fame just to go down in history like that ?

The whole band place on indefinite hiatus. That sucks as it was only one member that did the crime.

arrested twice in a month lol

I really like 'Better Days', it's amazing. The singer certainly gives some Freddie Mercury vibes. Hope they return soon!

Man that really sucks... we were all looking forward to Teenage City Riot too.


Xaeveax said:
Guess he felt like living on the wild side for a bit.
hahaha damnit... you win this one