by Aidan
May 13, 3:18 PM | 10 Comments
Publisher Kodansha announced on Thursday the winners of its 45th annual manga awards in each of three categories. Winners are listed in bold alongside other nominated works. 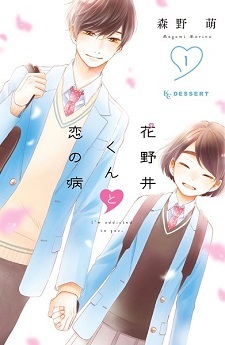 Hananoi-kun won award! You deserve it sensei, thank you for making a manga that describe really well the pain of someone who experience the same things as the male lead and how he changes!!

hopefully it gets a good adaptation someday

Seeing a lot of Blue Lock lately. Hopefully, there’s going to be a worthy adaption of it in animated form soon!

Wow, I didn't realize A Sign of Affection was that popular. I need to read more of that one, the first chapter was really good and the main couple is cute.

iva- said:
Crow_Black said:
@iva- i think you're really going to like to see this news.
aaaaaAAAA Blue Lock! I need the anime adaptation already T_T

Maybe this could increase the chances of it having an adaptation. :)

Now if only they made snowboarding and hockey anime now thats something i think you'll be really interested in since it could really help bring a new side of sports anime not seen as of yet going from basketball,boxing,volleyball and soccer to the icy cool extreme side of snow sports. :)

Crow_Black said:
@iva- i think you're really going to like to see this news.
aaaaaAAAA Blue Lock! I need the anime adaptation already T_T

@iva- i think you're really going to like to see this news.

Sad that Sousou no Frieren didn't win, but Blue Lock is a pretty good series so congrats to mangaka.

Also this is like Frieren's 3rd award nomination? (correct me if I'm wrong)
Where Frieren hype? Where Frieren anime?

Also Ase to Sekken got nominated for something? A mature romance manga?? That's a huge W.

Blue Lock anime when? i might read that manga too since i usually see awesome drawings of the manga panels about it