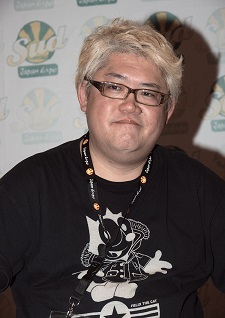 Director Osamu Kobayashi died on Saturday after a two-year battle with kidney cancer. He was 57 years old.

Kobayashi's death was revealed through a post on his Twitter reading, "I left for heaven. I have been fighting kidney cancer for two years but unfortunately I am exhausted. I regret that there were still things that I would have liked to do and works that I would have liked to make. Surely I will be reborn again and produce great works. Adios from the eternal 23 year old."

Kobayashi was born in January 1964 in Tokyo. After graduating high school, he began his career as a designer and manga artist before diving into animation. He was best known as the writer and director of Beck and Paradise Kiss. Kobayashi also directed episodes of anime series such as Tengen Toppa Gurren Lagann, Naruto: Shippuuden, Dororo, Kemonozume, and Lupin III: Part IV.

Kobayashi's older brother, Makoto Kobayashi, also works in the anime industry. He is the original creator and director of the Dragon's Heaven original video anime, and did mechanical designs for Steamboy, Final Fantasy: Unlimited, and Samurai 7.

This is a truly bad news indeed. Rest in peace sir, thanks for you great work.

Rest in peace sir. Your works will live on.

Recently watched Paradise Kiss and loved it. This is sad to hear.

Rest in peace. We will never forget your greatest work.

Well damn, that sucks, I have heard good things about titles he has worked with. A sad passing.

I'm in shock. We need to come up with a goddamn cure for this bs of a disease. I can only imagine what he went through during these last 2 years and how hard it must've been to write this message. This man was a legend and I hope he RIP. Condolences to his loved ones.

Beck is hands down one of my favourite anime. Thank you for giving it to us.

May his soul rest in peace. He gave us some wonderful animes.

Crow_Black said:
SamuraiLeroy said:
Thanks for creating one of my fav manga of all time Rest in Piece

He directed the animes but he wasn't the creator.

SamuraiLeroy said:
Thanks for creating one of my fav manga of all time Rest in Piece

He directed the animes but he wasn't the creator.


But still RIP to him and my condolences to all his loved ones.

Sad to hear about that. May he rest in piece.

It really disheartens me every time I read someone young dies. That is just not right.

His last message was powerful, as much as him. Rest in peace king.

Rest in peace, i love Paradise Kiss... This is so sad.

RIP that is so sad to hear this news, my huge condolences go out to his family and colleagues during this tough time <\3

Very sad news to wake up to.

Rest in peace and thank you for your hard work.