China-based doujin circle MICA Team, later incorporated as Sunborn Network Technology Company, began developing the smartphone game in early 2015 and released it in Mainland China in May 2016, in South Korea the following June, and in English in May 2018. The game was released in Japan under the title Dolls Frontline in August 2018 due to another registrant already acquiring the original trademark.

Synopsis
The game is set in a war-torn future where tactical dolls, more commonly known as T-Dolls, are almost exclusively used for combat in place of humans, some having been repurposed from their previous life as civilian androids. The majority of the world is uninhabitable due to contamination from the Collapse Fluid, and much of humankind is dead.

In 2062, the artificial intelligence of Sangvis Ferri spontaneously rebels, with their T-Dolls and robots killing their human masters and taking over nearby areas. In response, the private military company Grifon & Kryuger is hired to contain and eliminate Sangvis Ferri forces. (Source: Wikipedia, edited)

Rllybaka said:
Why do people think this is gonna be some yuri sht, it’s the complete opposite and you will get ptsd
Some anime fans can't cope with two characters interacting and need to satisfy their fantasies, even when its a work about the horrors of war, lol.

been playing GFL since it's NA release it really has reached it's peak not to say it isn't doing well but it's kinda in it's last phase as we move on to GFL 2 and all the other spin off projects, this anime seems like a thing to spark some extra interest

Game never really had lot of yuri. There is Thunder x Calico (which will not get into anime) and 416 being hardcore murderous yandere for M16 (who don't give a c**p). For all intents and purposes it's war drama with higher chance two T-dolls blows up then hook up...

Also I should probably mention T-dolls are are humanoid robots not personified guns.

Why do people think this is gonna be some yuri sht, it’s the complete opposite and you will get ptsd

It seems pretty interesting. I've heard of the game, but never looked into it at all. I'll probably watch the first episode if it ends up being a series, but I'm not sure if I'll follow it.

damn the info around this is confusing, YZ teased that a movie might follow if its successfull. And idk if its a full season or just a 30 min standalone

How is GFL on its deathbed? It's been really successful for 5 years, enough to warrant a sequel, a remake of the game it's a prequel to and two spin-offs.

It's not news that GFL popularity already hit its peak and has been going down, at least in the gacha community. Maybe that's what this anime is, an attempt at bringing in new players and it'll probably work, same as the AL anime did for the game.

Thanks for that insight. It makes sense, the game company is putting money into the pot to make the show, hoping to boost the fortunes of the franchise.

The bad part is that when they do this, it becomes unlikely that the show gets a sequel, for people who end up liking the show, since it's not being made with the direct intention of making a show that's profitable in its own right.

If the anime works and boosts the game they might decide it boosted it well enough and not care to fund a sequel, since a second season is never going to create the same buzz for the game, or it might fail and they don't want to fund a sequel either.

I liked the chibi anime, but damn this is great news. I hope they rewrite a bit of the beginning, but the story of Girls' Frontline is so good. I guess it took longer because it's maybe not as popular as some other gacha games. I doubt she's going to be in it, but I would absolutely love to see AK-12 show up even if it's just in the last episode.

Boazanian said:
Yuri-Crusader said:
I hope is going to be male free, and have strong Yuri vibes 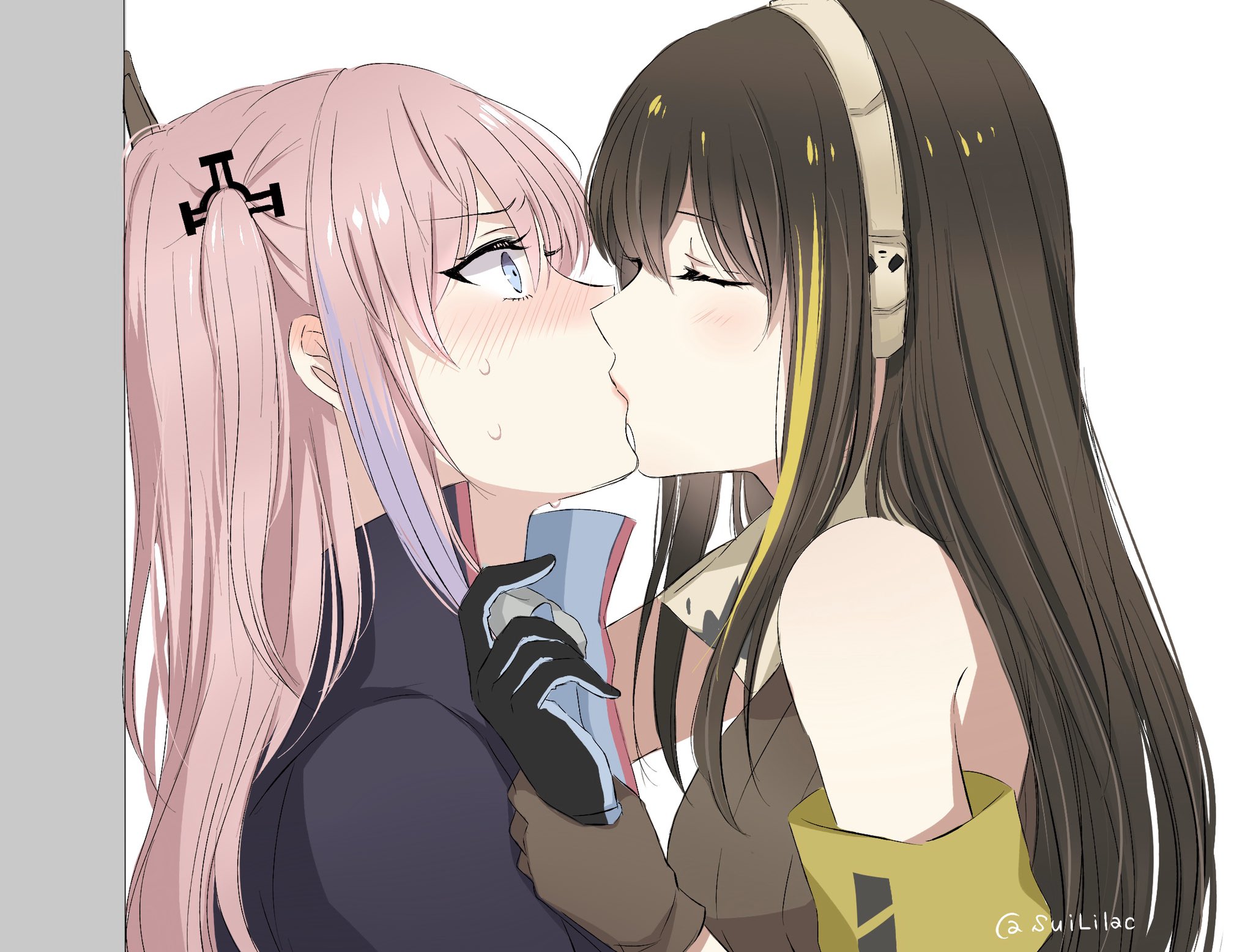 And sometimes I can accept a support male. If he keeps away from my females I can live with it =P

I haven't play the game myself but accordingly to others who have they claim it have Yuri vibes. But its not a big deal either way. I hope for Yuri but not expecting to much. At least I have the lovely lesbian fan art,,,YEEEEEEEEES 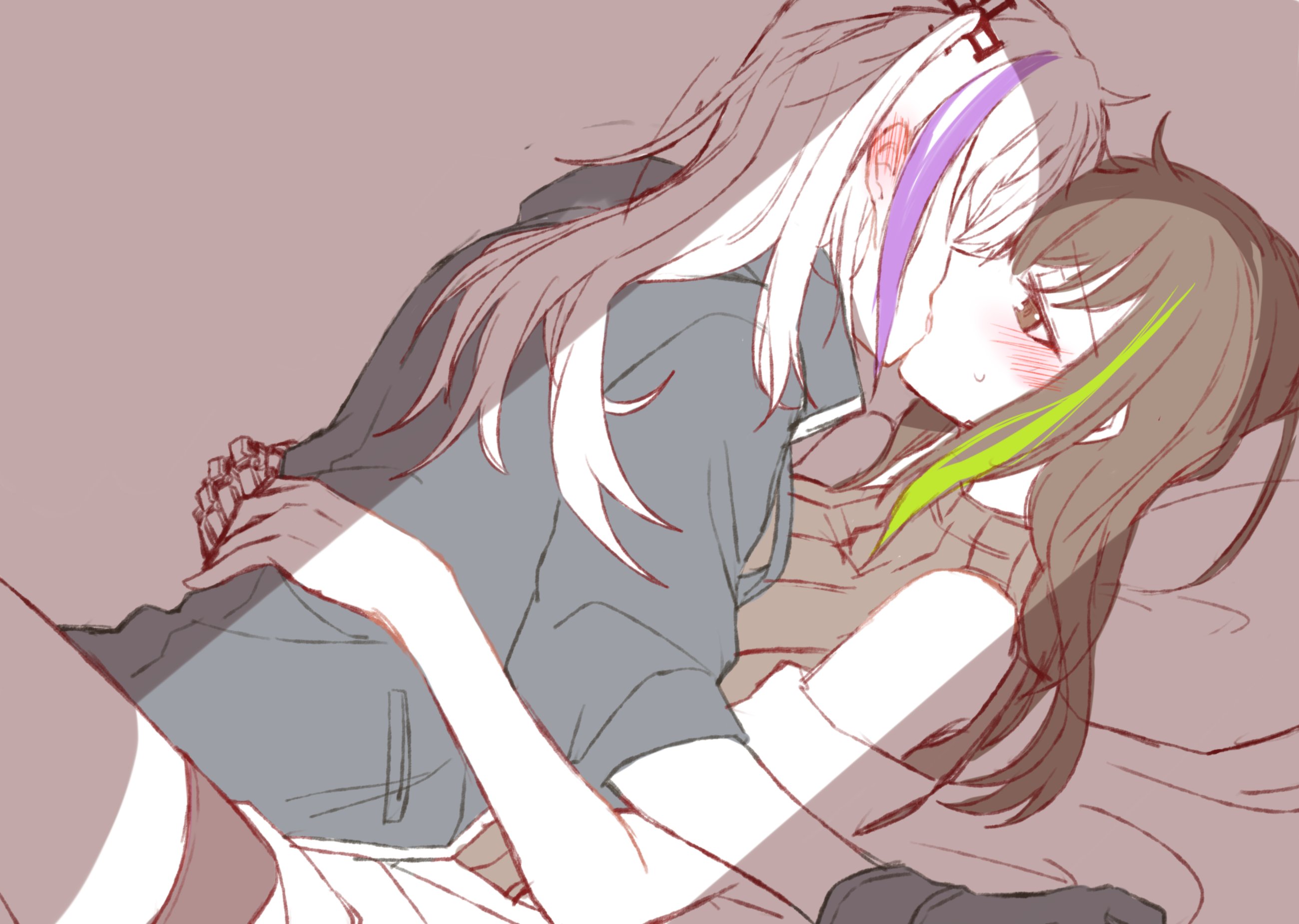 Yuri-Crusader said:
I hope is going to be male free, and have strong Yuri vibes

Well, I looking forward for it, because I think as well that this has potential...

...I just waiting that finally also Phantom of the Kill his/her deserved TV-adaptation gets - the 20 min. mini movie about few years ago wasn't enough for me...>_y

I hope is going to be male free, and have strong Yuri vibes

Finally, been waiting for this. Even thought I don't play the game anymore, I'm still looking forward to it.

Just hoping the adaptation would be good.

i was JUST RECENTLY wondering if this was ever gonna be a thing, especially with that chibi mini anime thing they have already

my expectation is low, i hope it turn out to be good.

More and more popular smartphone games are receiving TV anime adaptations.
Yet here I am, still waiting for Honkai Impact to receive it's own.

From what I have read this reminds me of azur lane

Hopefully Arknights will be next to receive anime.