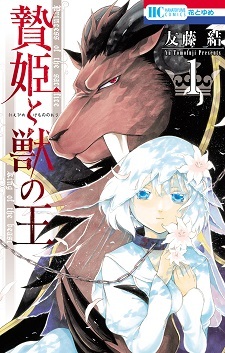 The fourth issue of this year's Hana to Yume magazine announced a television anime adaptation of Yuu Tomofuji's Niehime to Kemono no Ou (Sacrificial Princess and the King of Beasts) manga on Wednesday.

Synopsis
Saliphie is the 99th female human sacrifice to be eaten for the King of the Beast and Demons, but despite that she is not in the least afraid since she has never had a family nor a home to lose, so she takes a positive attitude and no longer worries about being eaten.

The King finds her amusing and lets her stay by his side until the time of her death. This leads her to find out the truth about the King of the Beast and Demons, and she ends up as the King's Consort despite being a female human. This leads other beasts and demons to be mad, but the king being powerful enough they shut up.

This is how Saliphie turns to be the first human queen of the demons and beasts. (Source: MU)

Tomofuji began serializing the fantasy shoujo manga in Hana to Yume in November 2015 and ended it on October 20 last year. Hakusensha published the 15th and final volume on Wednesday. Niehime to Kemono no Ou has a cumulative 1.8 million copies of its volume in print.

Yen Press licensed the manga in July 2017 and published the 12th volume on January 5. The 13th volume is planned for a May 18 release.

Niehime to Kemono no Ou on MAL
Adapts MangaNew Anime

That's cool news, this is one of the more interesting Shojo recently, and I didn;t even think it would get an anime.

I'm so excited. The beast looks great in his human form. 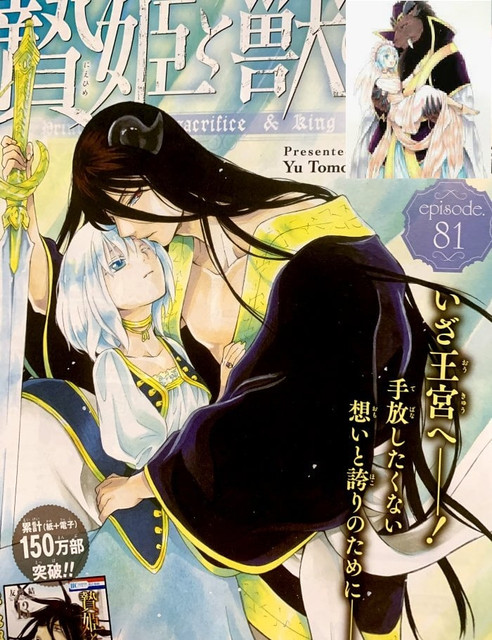 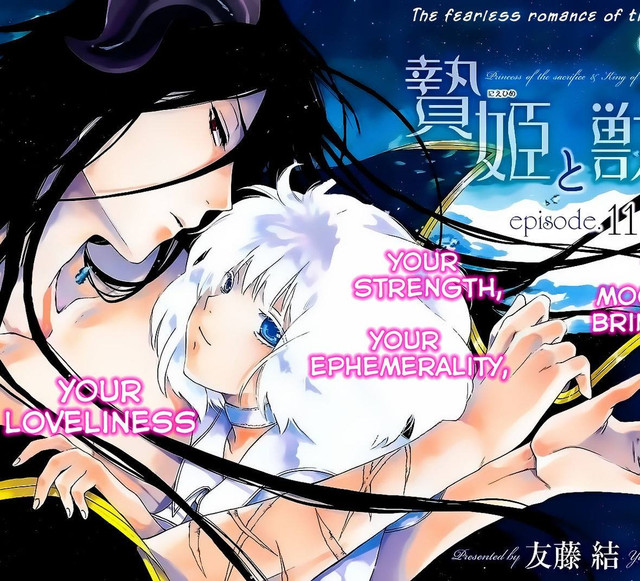 I am so THRILLED about this!

Wow, seems very fantastic. I might be check it out.

This is great!! Another shoujo to look forward to

This would be good since I forgot most of the story :)

This was one of my favorite mangas I read in recent years. So well deserved. It’s a beautiful “Beauty and the Beast” story.

It's not that big of a spoiler since it's all revealed at the end of 1st chapter, but still.

The King is half-human half-beast and because of that every Night of Devine Revelation (the night when he's supposed to eat the sacrifice) he turns into a human. He also ahsn't actually eaten any of the sacrifices, and let them escape instead.

This leads her to find out the truth about the King of the Beast and Demons,

What's said truth? Can someone spoil me on this (preferably with spoiler tags for the others).


Also, as someone said above, very Mahoutsukai no Yome vibes.

Good. I liked that show. And any fantasy anime who is not a WN/LN isekai adaptation, or who looks like a JRPG wannabe pastiche (levels, screaming skills used, classes as a rigid system) is welcome those days.

It's been a long time since I watched romance shoujo but this one sounds interesting because of the Beauty and the Beast theme.

First Reo from skate leading and now this, Gojo Satoru has one long lost daughter too XD

another manga I've been putting off gets an anime. I'm here for it

I'm always in for some beauty and the beast style romance shows.

YES! FINALLY!
I was wondering if it was going to get an anime, and here it is! It's one of my favourtie manga and I'm so glad it's going to be animated, I just hope they're going to do it justice.

Looks interesting! I'll check the manga out, if it's just half as good as Mahoutsukai no Yome, one of my fav series, I'll def stick to it.

Sounds very similar to Mahoutsukai no Yome, as in the Beauty/Beast setting. Really looking forward to this!!

OMG! This is one of my absolute favorite shojo mangas, I'm so excited it's finally getting an anime!!