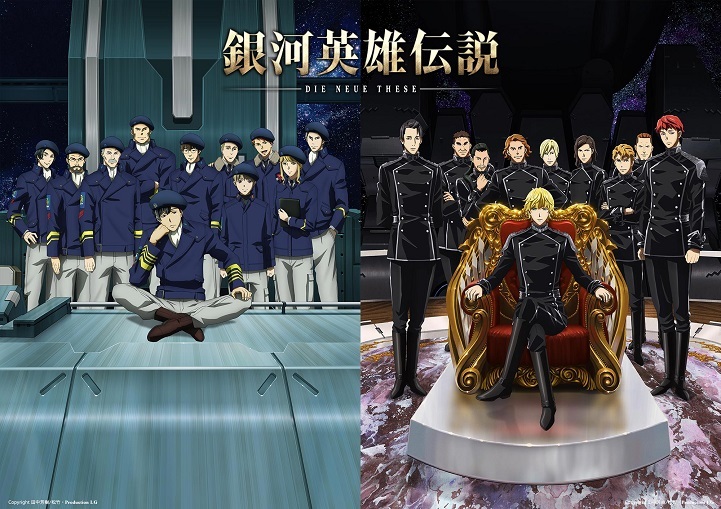 A sequel for Ginga Eiyuu Densetsu: Die Neue These (Legend of the Galactic Heroes: Die Neue These) was announced on Monday, following NHK's broadcast of the new anime series. The sequel will run for 24 episodes, spanning from episodes 25–48. Production company Shochiku also posted an announcement promo. 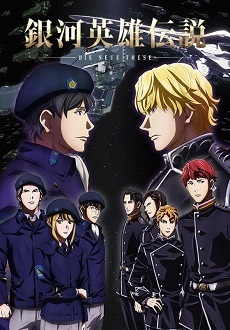 NHK's broadcast of the anime series began on April 6 and marked the television airing of the second season. The new broadcast featured new opening and ending theme songs, "CRY" by SawanoHiroyuki[nZk]:mizuki and "Hikari no Hoshi" by ELISA, respectively.

Yoshiki Tanaka penned the ten-volume original space opera novel and side stories from 1982 to 1989, selling a cumulative 15 million copies. VIZ Media published the novel series in English between March 2016 and November 2019. Ginga Eiyuu Densetsu won the Seiun Award for the best novel of the year in 1988.

The novel inspired a 110-episode original video anime series, three prequel films, and two set of side stories, among manga and musical stage adaptations. Sentai Filmworks licensed the original anime series in North America and released it on home video in August 2018.

Best news this year. 24 episodes of our galactic heroes. I'm excited to see more of it.

I have to catch up on the second season of Legend of Galactic Heroes. I'm glad they are making more episodes because it is a great series so far.

Guess I'll give the remake a second try. Dropped it after a few episodes cause some of the new character designs bothered me.

Fuck yeah! I've been waiting ages for this. 24 episodes basically translates to volume 3&4 of the novels, which I'm definitely looking forward to.

Glad they're doing a season every year or two.

For the avid fans and novel readers, expect
Geiesburg vs Iserlohn battle, Yang Inquiry, abduction of the child emperor, Julian to Phezzan, Operation Ragnarök, Phezzan occupied
to happen. I'm guessing this'll adapt up to episode 44 or 45 of the original series, and have the remaining 9-10 OVA episodes, or volume 5, being S4 of DNT. Meaning the remake would already be halfway done by then. The pacing is quite different, but I'm curious as to how episodes will compare.

Hell yeah! I'm glad they're doing 24 episodes, I was worried they wouldn't be able to adapt all the novels since it'd take 10 seasons at the rate they were going. This'll have to be at least two books but I'm kinda hoping they can do 3, since that'll get us up to The Battle of Vermillion. As long as it wouldn't wreck the pacing.


Mattinator95 said:
Did the remake do a better job with episode 1 and 2 of the original or is the overture movie still the better option
Overture by far.

Ignoring the fact that nu reinhard's face looks like a guitar pick I enjoyed the remake. I'm looking forward to the new season.

lol okay sure why not

Finally i want to watch the chapter 33 in remake

Currently watching the original and finished the first season, so this is a nice coincidence. Looking forward to watching the remake someday.

I'm wondering if the first season of the remake captured the vibes of the original OVA series? Like the core of the dialogues, characters etc. A bit worried about that since the og LoGH (so far) is so different than what's the standard nowadays, just not very anime-ish.

have yet to watch the remake as I've only finished the 110ep original a couple of months ago. it's a masterpiece! I will probably wait for this to fully adapt it and then watch it.

nice for fans of the remake, I'm honestly planning on watching the original on HiDive

I predicted we'd get more after the announcement of the NHK Rebroadcast, and here we are! Still haven't a thing from the franchise yet though, so hopefully I'll be able to get around to doing that by the time this airs.

The story will be like 50% complete at the end of this season.