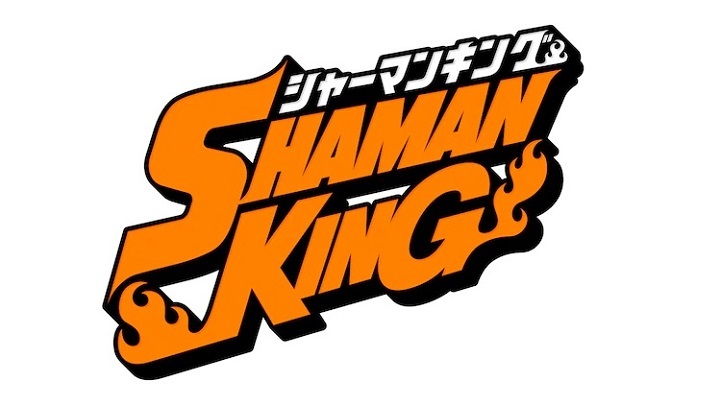 A new television anime adaptation of Hiroyuki Takei's Shaman King manga series was announced by Kodansha on Friday, scheduled for an April 2021 broadcast. The new anime series will be based on all 35 complete edition volumes the company will begin publishing on June 17. 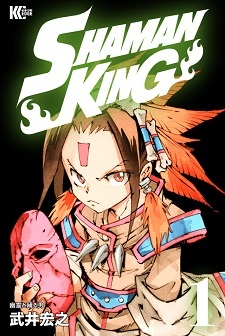 Synopsis
Shamans are extraordinary individuals with the ability to communicate with ghosts, spirits, and gods, which are invisible to ordinary people. The Shaman Fight—a prestigious tournament pitting shamans from all over the world against each other—is held every five hundred years, where the winner is crowned Shaman King. This title allows the current incumbent to call upon the Great Spirit and shape the world as they see fit.

Finding himself late for class one night, Manta Oyamada, an ordinary middle school student, decides to take a shortcut through the local cemetery. Noticing him, a lone boy sitting on a gravestone invites Manta to stargaze with "them." Realizing that "them" refers to the boy and his ghostly friends, Manta flees the terror. Later, the boy introduces himself as You Asakura, a Shaman-in-training, and demonstrates his powers by teaming up with the ghost of six-hundred-year-old samurai Amidamaru to save Manta from a group of thugs. You befriends Manta due to his ability to see spirits, and with the help of Amidamaru, they set out to accomplish You's goal of becoming the next Shaman King. [Written by MAL Rewrite]

VIZ Media published all 32 volumes of the original manga in English between August 2003 and January 2011. However, the company no longer holds the license for the series. Kodansha acquired the Shaman King trademark from Shueisha in December 2017.

Shaman King: The Super Star, the new arc in the manga series, began its serialization in Shounen Magazine Edge in May 2018. Kodansha will publish the fourth volume on June 17.

I read shaman king as a pre teen and loved it, so I’m very hyped for this remake!

I'm so hyped!! I loved Shaman King as a teen and used to read a lot of fanfics and fan rpgs on German anime websites (aaaah the times in the early and late 2000s). Can't wait for this new adaptation. Hopefully they'll stay closer to the manga in regard to the ending this time around<3

When I first heard this news, I felt the ground disappear under my feet. The child inside me, my good beginning screamed, and the adult I involuntarily began to cry. Yes, it's all stupid. But in our difficult times, even such a small dream burns the soul. Personally, I have been dreaming about this remake for years, and the fact that it will be gives me a very important experience. And the Shaman King universe saved my life, it was so long ago and it has so affected my feelings about this particular story.

Ambimunch said:
That's hype! I loved the original anime when i watched it in the early 2000s and I'm super excited to see this remake that follows the manga more faithfully~

Can someone explain the various versions of the manga? Original 32, then reprint 27 with a different ending, 2 volume prequel, and two sequel mangas?

I know that the original 32 volumes, didn't really had an ending,
the reprint aka zang beng, hass a normal ending (Ya can read it online)
as for the rest, my guess it is a small look at flowers

I can't wait, shaman king is my fav anime of all time, I can't wait to see how it looks like.

As I can't fully see that this is a remake, as the anime and manga (Which I still love) were different,

These reboots/sequels are getting a bit ridiculous. Says a lot of the industry and where they're at.

Still gonna watch it tho.

Wow. I din't watch the 2001 adaption coz I din't like the animation quality. I usualy don't like shounen animes but this time I am kinda looking forward for this.

I am so excited for the new anime!!! I never thought this would happen in my lifetime since the dude canceled the chance for a remake before. Yoh is my ultimate favorite character so I am very happy to see him get reanimated. I wonder what studio will animate it. My fear is that the remake will use cgi like in Berserk. I'll still watch regardless.

BurntFlower said:
Will it have an ending similar to how it ended in the manga? As a kid, I was annoyed when I finished the series and it had no real ending.
Based on the announcement, it has confirmed the anime will based off the new ending from 2008 reprint version rather than the original manga ending.

Here we go again. Though with all of the side stories and prequels and now new arcs, I wonder if this will be a straight adaptation or feature story from those arcs as well.

That's hype! I loved the original anime when i watched it in the early 2000s and I'm super excited to see this remake that follows the manga more faithfully~

Can someone explain the various versions of the manga? Original 32, then reprint 27 with a different ending, 2 volume prequel, and two sequel mangas?

2020 just redeemed itself
yes, thank you very much!!

Tbh i prefer sequel rather than remake. But still, both of them felt more like cashgrab on old nostalgia.

I love early 2000's anime as they are my childhood: Inuyasha, Shaman King, Law of Ueki, Hitman Reborn, Gash Bell, etc. And i don't think any remake n sequel could topped them.

All these older anime getting remakes/continuations makes me happy.

Claymore and Pumpkin Scissors, When!?

This is seriously makes me cries in happiness. I finished reading the entire manga, watched 2 times first anime adaptation and then finally this series gets a reboot after about 2 decades. Because supernatural genre is my thing.

I am so looking forward to this a better adaptation of the very first manga I ever read.

amazing news, I hope this happens a lot more, animes of old manga already finished, we could say goodbye to delays and filler forever.