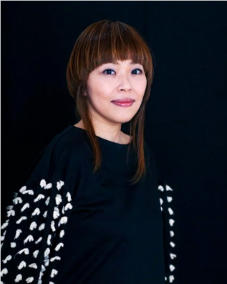 Various media outlets reported on Monday that pianist and music composer Ai Kamachi died on May 30. She was 48. A private wake and farewell ceremony was held by the bereaved family.

Kamachi followed in the footsteps of her jazz pianist father, studying composition under Toshi Ichiyanagi at the Kunitachi College of Music. She officially started her career alongside recording engineer Tatsuo Nagami (Nagie) under the alias "aikamachi+nagie" in 2002. They released the album "radiant garden" in the same year, and in 2008 began producing as the electro-acoustic unit ANANT-GARDE EYES.

She was well known for her work with ANANT-GARDE EYES. The duo composed and arranged the opening and ending themes, insert songs, and soundtracks for the TV animations Clannad: After Story, Angel Beats!, Mekakucity Actors, and Charlotte. They also worked with popular artists such as Lia, Aoi Tada, and Jin.

rip to another talented individual

I love her 😢RIP

Such a talented individual gone too early. Thank you for your hard work, Kamachi-san. Rest in peace.

She made some brilliant music. May she rest in peace....

Goes to show the musical talent when she did Angel Beats!, Charlotte and Clannad.
Hope her family can find peace, knowing her creative talents.

(As if some of those songs weren't emotion-inducing enough already.) To non-musicians like myself, the importance of arrangement can be difficult to grasp, and it's easy to focus instead on the composer and performers. In this case, the arrangement was particularly noticeable as a vital element. Did I write something about that when I was commenting on the Clannad After Story OP? Yeah, here it is:

nDroae said:
And this is one of the most magical-sounding songs, with its sparkly keys, atmospheric synths, and strings that soar over the chorus.
We are eternally grateful.


Kingsman117 said:
She was well known for her work with ANANT-GARDE EYES. The duo composed and arranged the opening and ending themes, insert songs, and soundtracks for the TV animations Clannad: After Story, Angel Beats!, Mekakucity Actors, and Charlotte. (...)
If I may be naive and altruistic for a few moments, I think any true artist would want to be remembered for what they actually did, and would not want to be mistakenly credited with others' work. With that in mind, it must be pointed out that ANANT-GARDE EYES is credited with arrangement on the songs, not composition.

Clannad After Story OP: and ED https://vgmdb.net/album/10777
The OP was "written & composed by Jun Maeda, arranged by ANANT-GARDE EYES." They were not involved on the ED.

That seems to be the extent of ANANT-GARDE EYES' contributions on Clannad. The anime score (instrumental BGM) was a copy-paste of the VN soundtrack (2004), which members of ANANT-GARDE EYES were not involved in.
https://vgmdb.net/album/555
https://en.wikipedia.org/wiki/Music_of_Clannad


Here's how Anime News Network phrased it.
Together, the duo collaborated on the composition and arrangement of many songs for anime, and are notable for their collaboration with singer Lia on "doll" (Gunslinger Girl: Il Teatrino), as well as further collaborations with Lia and writer/musician Jun Maeda on Clannad After Story opener "Toki o Kizamu Uta," as well as the theme songs for Angel Beats!, including Lia's opener "My Soul, Your Beats!" The duo also collaborated for the other theme songs and music for Charlotte, another Maeda anime.

omg this is sad, clannad and angel beats are among my favorite animes and much of that is due to their amazing soundtrack, rest in peace and thank you

These were amazing soundtracks, rest in peace.

Rest In Peace. Condolences to her loved ones.

I don't know any of her music but damn that is young. My condolences to her family.

R.I.P 1 of best music composer, you have made a lot of best ost of great animes.

Always sad to hear something like this..she died way to young..RIP..

That is so sad to hear . 48 is way to young . I love Home Again its a great piece of music

RIP, We'll miss her and I wonder what's the cause of death.