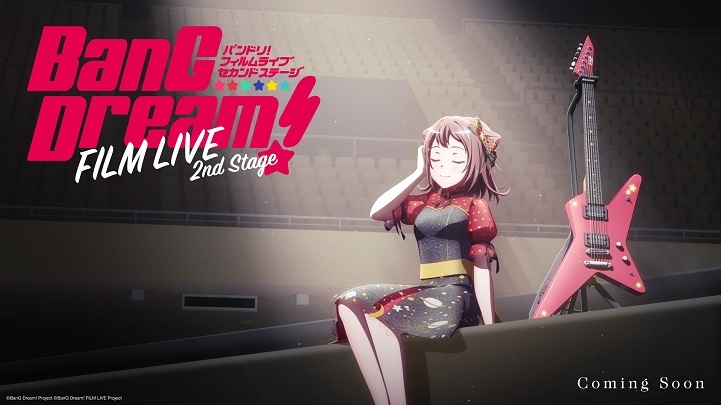 The multimedia franchise, also known as Bandori, inspired its first television anime by Xebec and Issen in Winter 2017. Sanzigen produced the second season last Winter. The third season, which was originally scheduled for Fall 2019, began airing on January 23. HIDIVE and VRV are simulcasting the season as it airs in Japan.

Sentai Filmworks licensed all three seasons in North America and shipped the first season on Blu-ray in June 2018. The second season is planned for an April 21 release.

My favourite band lesbians. looking forward to it

Looking forward to it~
Judging from the picture... that seems like S3's Budokan.
So maybe it'll be the full set list that the 3 bands played?

Then again, the stars do have a point, as mentioned earlier ^^^

kamil88 said:
Franchise must be really popular in Japan to get 2 movies, and 3 seasons.
There is also 4 spin off of which two already airing(Pastel Life & Garupa Pico) while one of them airing next season (Argonavis) and the last one still haven't get schedule yet (Garupa Pico S2).

Also aside for 3 real life band not counting from male side they are getting one new band called Morfonica.

Franchise must be really popular in Japan to get 2 movies, and 3 seasons.

I have yet to watch the first movie, but I'm excited to get another have 2nd movie, also reinstalled the game(my gacha luck sucks as always)

Basing on the star above the logo it seems that we will have 6 band performing this time. Unfortunately while this include RAS, Morfonica is excluded this time which most likely get the same role as RAS on first film. Anyway I'm excited.

Though where is Pico S2 that I'm waiting at?