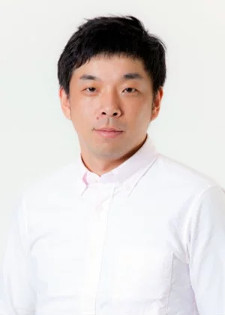 Various news outlets have reported that at 9:00 a.m. on Monday that voice actor Junichi Gotou died due to a motorcycle accident. The incident occurred at the Shuto Metropolitan Expressway Haneda Line in the Ota ward of Tokyo. According to the Metropolitan Police investigating, Gotou collided into the sidewall while attempting to change lanes. He was pronounced dead shortly after being taken to the nearest hospital. He was 40 years old.

Gotou was born in Osaka city on October 4, 1979 and lived in Tokyo's Meguro ward. He was best known for his role as the titular character in Trigger's Inferno Cop, where he also reprised the role in Uchuu Patrol Luluco. He had worked on a variety of supporting acts throughout his career, including roles in the currently-airing Detective Conan, Ninja Slayer From Animation, and Tegamibachi. He also worked in live-action and was featured in the Japanese dub of the Korean drama Winter Sonata.

That's a sad way to go. Hopefully it was fast enough to be painless.

Rest in peace, Inferno Cop. We will miss you very much!

Will never forget his legendary badass role as the Inferno Cop.

Inferno Cop won’t be the same... my condolences

Fortunately, I have never seen anything he was a part of.
First helicopter, now motorcycle... People should value themselves more, and doubt modernity at every turn.

That's really sad and unfortunate. RIP.
We will miss you.

Inferno Cop was great RIP
Season 2 will be weird

This sucks, a life snuffed out just like that, and at the ripe age of 40, too. Thanks for the memories, good sir.

He didn't voice much but at least managed to voice the real one Inferno Cop himself.

Geez this is rough, but at least hes in a better place now

God this sucks to hear, I remember Season 2 of Inferno Cop got announced a few years ago

Man he was so young. This is tragic.
Rest in Peace, thank you for giving voice to Inferno Cop.

damn Inferno Cop will never be the same without him RIP