'Made in Abyss' Anime Series Sequel in Production 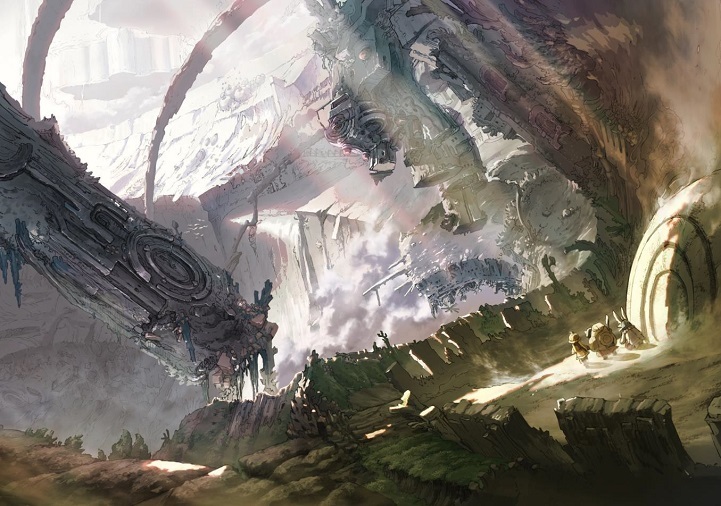 The stage greeting event commemorating the release of the Made in Abyss: Fukaki Tamashii no Reimei (Made in Abyss: Dawn of the Deep Soul) anime film announced a sequel for the series on Saturday. The official website also revealed an image board (pictured above) and an announcement promo. 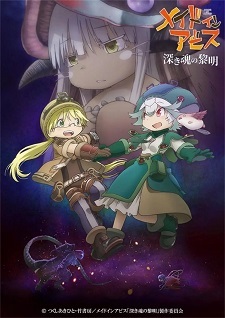 Made in Abyss adapts Akihito Tsukushi's adventure fantasy manga of the same title, which began its serialization in the Web Comic Gamma website in October 2012. Takeshobo published the eighth volume in May 2019.

Sentai Filmworks licensed the anime and streamed it on Amazon's now-defunct Anime Strike platform and HIDIVE. The company released the television series on Blu-ray and DVD in October 2018 and screened the compilation films in the U.S. theaters in March and May last year. Sentai Filmworks also acquired the Fukaki Tamashii no Reimei anime film in July 2019 and plans to premiere it this year.

Seven Seas Entertainment licensed the manga in English in 2017 and shipped the seventh volume in September 2019. The eighth volume is planned for a March 31 release. The manga has also been published in multiple foreign languages, including Chinese, Mandarin, and Korean.

Made in Abyss ranked among the top 20 titles in the male readers' division in the 2018 Kono Manga ga Sugoi! rankings and was nominated for the 11th Manga Taisho Awards.

Will There Be Made in Abyss season 2?

I was really looking forward to the North American screening of the third movie.
They haven't given us any information on when it's coming back,
but this delay will make the wait for Season 2 a little bit shorter.

With how amazing everything was in the first season,
I'm more than happy to wait as long as needed
if it means we'll get that same par of quality.

Just enjoy what you have and go watch the movie now...

Mormegil said:
I don't understand why they're following up the brilliant first season with movies. Should've been a 2nd season from the get-go. Wouldn't surprise me if this just ends up being another movie. -_-
DON'T worry, it IS a new season... Follow this thread, rather read it from the beginning, you'll know... 😉😎😇

Mormegil said:
I don't understand why they're following up the brilliant first season with movies. Should've been a 2nd season from the get-go. Wouldn't surprise me if this just ends up being another movie. -_-
Well, bucks and business speak loud in this aspect, huh?! 😂😂😂

does anyone know when this should come out

worth the wait for sure!

Still haven't got round to watching the first season. I've heard it is good. This has potentialy convinced me to check it out.

I don't understand why they're following up the brilliant first season with movies. Should've been a 2nd season from the get-go. Wouldn't surprise me if this just ends up being another movie. -_-

So is this going to be a TV series or just another movie in the endless line of movies they have?

Meh, wasnt impressed with the first season. Interesting plot ruined by overuse of flashbacks and conveniences

YES! Can't wait for this!

I'am reaady but not ready

I was waiting for this!

So happy 😃😃😃
Although it means the manga will keep slowing down... Worth it?

I couldn’t dream better than that!

Now i'm even more excited to watch the movie.

-ShadowClaw- said:
Miragee said:
-____________- said:
Xenocrisi said:
Now this is weird.
The arc they they want to adapt still has not enough chapter for a full season, nor has it reached its conclusion in the manga.
A movie, maybe? But there there is not a good stopping point


Chapters became much longer as the manga went on. Every MiA volume has the same number of pages, so let's use that as reference instead. Season 1 covered roughly 3.15 volumes. The movie covered roughly 1.85. 5 volumes have been adapted into anime.

There are 3.5 volumes of manga that hasn't been adapted yet, more than the 3.15 from season 1, or more or less the same give or take various details like the extra chapters. If anything, this seems to indicate that the arc is going to wrap up soon. Furthermore, if the previous sequel confirmation was any indication, it's going to take at least a year for this announcement to materialize, so there's more than enough time for new chapters, even by Tsukushi standards.

Wait, so the first 2 movies are a compilation of the first season and the third movie adapted new stuff?

The first 2 movies are just recaps, the third one is the one that follows s1 with a new arc yeah.

Thank you! I would have skipped it...

Great news! :-) I do wonder though whether this will be a full season. I thought there is not enough material yet written for a new season?