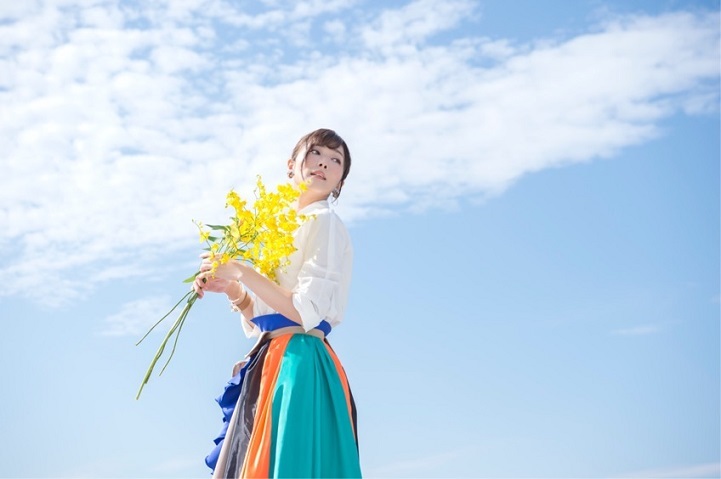 Singer and voice actress Manami Numakura announced on her official blog on Monday that she will be ending her solo music career after her last live performance on February 16, 2020. At the same time, she announced that her last album "Complete Best Minna de!" will release on February 12, 2020.

The live performance at Toyosu PIT in Tokyo, titled "Minna de!" (All Together!), will be a collaborative event in which fans can request Numakura to perform original songs, character songs, and covers. The album will be a two-disc compilation of 33 previously-released songs and one new original song, "Minna de!" It will also be bundled with a Blu-ray of seven music videos.

Prior to her solo music debut, several of Numakura's voice acting roles featured in-character singing, such as Hibiki Ganaha in The iDOLM@STER. She made her solo debut in 2016 with her single "Sakebe," which was used as the opening theme song for Mahou Shoujo Ikusei Keikaku. Her first album "My Live" was released in 2017, and her most recent album "Ai" was released this February.

Numakura will continue her voice acting career. She currently plays Kohaku in Dr. Stone, and it was announced in October that she will voice Beezlebub in the upcoming Slime Taoshite 300-nen, Shiranai Uchi ni Level Max ni Nattemashita TV anime. Her past performances include Narberal Gamma in Overlord and Saya Endou in Dagashi Kashi.

That title startled me there. She'll only end her solo singer career.
Not that is a good news, but at least she'll keep in voice acting, which is clearly awesome, 'cause she's great!

Oddish said:
Does this mean she will stop singing for future Hibiki Ganaha songs/performances? :( or is it just her solo career she’s ending?

Does this mean she will stop singing for future Hibiki Ganaha songs/performances? :( or is it just her solo career she’s ending?