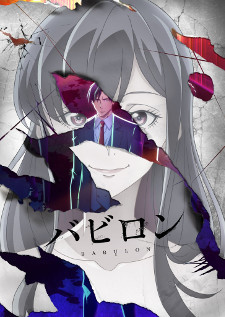 The official Twitter account for Revoroot's Babylon TV anime announced on Tuesday that episode eight will be delayed until December 30. The anime will resume its broadcast on Tokyo MX on December 30 at 10:00 p.m, while Amazon Prime Video will begin to stream the anime at the earlier time of 12:00 a.m.

Babylon, directed by Kiyotaka Suzuki, is based on Mado Nozaki's psychological thriller novel of the same name. It began airing on Tokyo MX on October 7, and Amazon Prime Video streamed the anime worldwide. It will have a total of 12 episodes. Episode seven, which concluded the series' second arc, aired on November 18.

Episodes 1-7 will be rebroadcast with commentary by cast? In the US at least commentary is always saved for release with a DVD. Is this kind of broadcasting done in Japan? It would be cool if a fan in Japan could give us info about what cast members say about the episodes when this is broadcast.

Why is this delay even happening? Isn't it unusual for a show that only has 12 episodes to have a month delay during its season? I thought an entire season of anime would be close to being completely done with production before airing?

Why does this shit always happen to the AOTS? That's what it feels like at least. But a 6 week delay.. wow.

Even the new poster / key visual for the new arc still spoils about the characters. Damn!

It really ended in a powerful way before that delay was announced. The seventh episode was bonkers. This is the best show I've seen all year.

I already knew this but still.... makes me so sad ugh i can’t wait for what’s in store with thisssss