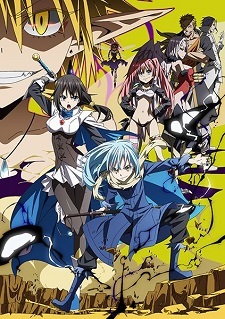 The official website for the currently airing Tensei shitara Slime Datta Ken TV anime has announced that the release for the previously announced OVA will be postponed. It was originally announced to be bundled in the eleventh volume of the manga series released on March 29, but the limited edition of eleventh volume has been cancelled and the OVA will now be bundled in the thirteenth volume of the manga series, to be released this December. The reason behind it that the production team mentioned was "a problem with the progress on the production."

just cancel the ova and focus on season 2.

With a second season confirmed to air in 2020, I'm fine with having to wait a bit for the OVA.

I’m totally fine with this.

We’re getting a 25-episode season and most likely a 2nd Season in the near future too, considering the franchise’s huge popularity, so a bit of production issues was due to come. It’s a bit disappointing we haven’t gotten a finalised date, or even the season of the year in which it will air, but hopefully it won’t be too long of a wait.

The pace of the show is accelerating quickly — maybe a little too quickly.
I do hope they take this time to slow things down a bit.