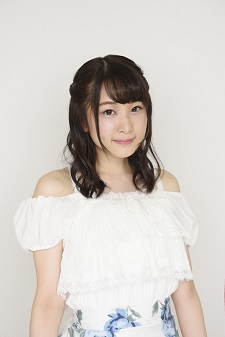 Seiyuu Yurie Funato has announced via her Twitter account that she will take a break from her seiyuu activity and leave Purely Monster. She has been suffering with a right ankle fracture as well as a ligament injury since last April. Due to having been working nonstop, Funato's fracture struggled to heal and she has decided to take leave from her agency Holy Peak and seiyuu idol group Purely Monster to fully rest.

Funato is a new seiyuu who debuted as a member of seiyuu idol group Purely Monster, who performed Centaur no Nayami opening theme song, as well as voicing Nadeshiko Shimoike of the same anime last year. She was previously announced to voice Linnea for the upcoming Hyakuren no Haou to Seiyaku no Valkyria TV anime, but because of this news, the character will be voiced by Kanon Takao (Musekinin Galaxy☆Tylor) instead.

We can all agree that injuries suck. Wishing her a fast recovery!

I wish her a well rested and deserved hiatus, i hope she recovers.

Hope she recovers with no problems.

bummer, just when she is going to get a big break on her seiyuu career this happens.

There is also a teaser PV released for Hyakuren no Haou to Seiyaku no Valkyria TV anime on the same day, but it will be included in next week's PV news.